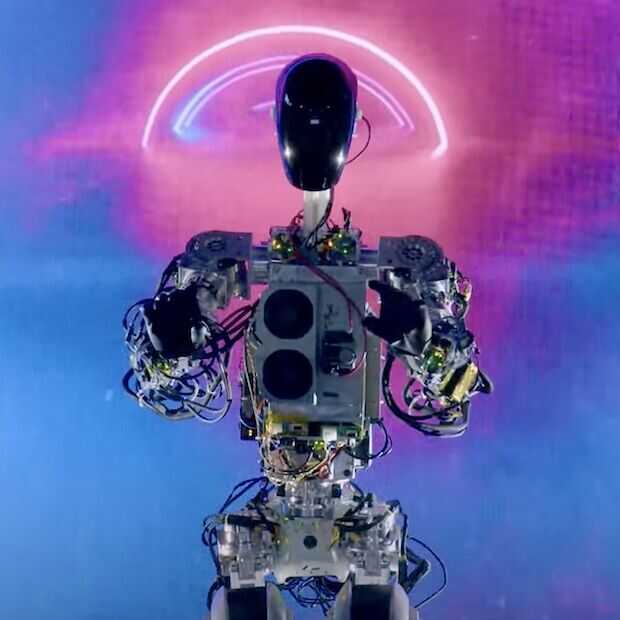 During the Tesla AI day, Elon Musk presented the first working prototype of the artificially intelligent Optimus robot. Contrary to the first announcement a year ago, this time it was not a man in a ‘robot suit’, but the real deal. Yes, a prototype, but one that could actually perform tasks.

What immediately struck me was that the prototype looks clearly different from that ‘man in the robot suit’ preview from a year ago. Musk said during the presentation that this prototype can do more than what was shown live. However, it was the first time that the Optimus worked completely autonomously – without a ‘chain’ as Musk called it.

Partly for this reason, the demonstration on stage remained fairly limited. In videos, some more functions were shown that the Optimus already has in its ‘bag of tricks’. However, they were not shown live to prevent something from going wrong during the presentation. Uhm… a ‘rogue robot’ a-la I, Robot? No, Musk was afraid that Optimus would literally go nuts 😉

Of course it is still questionable to what extent there was (pre-programmed) trickery in this presentation, but you will always have those speculations.

During the unveiling, something was already said about the price. Musk expects to eventually be able to keep it under $20,000.