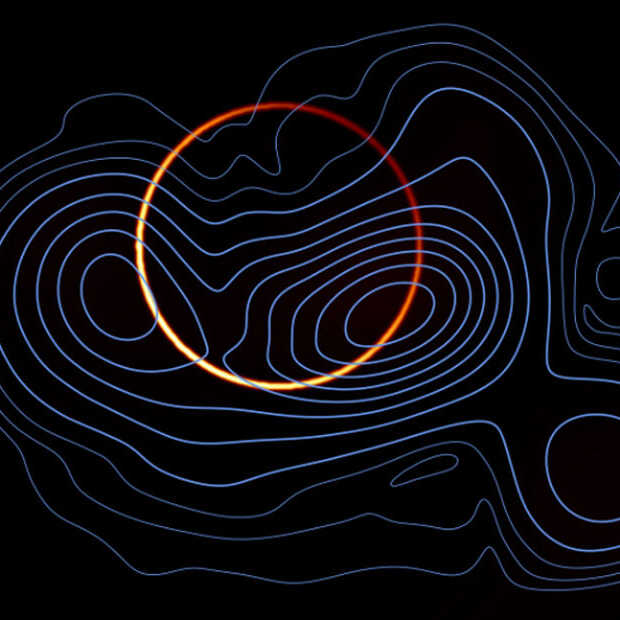 We mainly know artificial intelligence as something we use when we open Google Lens or play a game, but it can also improve scientific images. Not by inventing things, but by using what it has learned to provide more insights. The perfect example is now made with a photo of a black hole.

A black hole is a place in the universe with such a strong gravity that nothing can escape it. It is the result of a dead star exploding. A black hole is so named because it is jet black in the middle (after all, no light can exist in it), not because there would be nothing in the middle. However, a black hole is literally and figuratively still a black hole for us as humanity. We still don’t know exactly what happens in such a black hole. In any case, it is a special phenomenon, especially because Einstein himself already talked about it in his theory of relativity.

Black holes always appeal to the imagination. What happens in such a hole, what does it mean for time and light, for example. But above all: why? Black holes are hard to catch: the first (M87) was only photographed in 2019. This black hole is seven billion solar masses, making it 2,000,000,000,000,000 times heavier than Earth. A big monster, which was nicely photographed. That became a very famous photo, but scientists now know that it can be done better. An even sharper photo has been taken of such a space wonder.

Calculation algorithms and telescope data were used for this. This allowed a close-up to be made. You can see that in the shape of a red-orange ring. Such a ring is created by photons. These are particles with no rest mass that move in vacuum at the speed of light. Light consists of photons, but also electromagnetic radiation, for example. In the case of the black hole, those photons can be seen at the back.

This enhanced photo could be created by an algorithm that provides a kind of remaster of the original. Scientists at the Harvard & Smithsonian Center for Astrophysics in Massachusetts came up with it. Next to that orange glow they create a line that you can see in the photo at the top of this article, the remaster. The reason that the ring is so bright is because photons fly past it under the influence of enormous gravity.

It’s not just a much nicer picture: several scientific conclusions can be drawn from it, or at least predictions can be made. A supermassive blackhole like M87 probably formed from several black holes that merged. They can probably even be found in every center of a galaxy. The same goes for our own galaxy (thanks Event Horizon).

The reason scientists have arrived at this beautiful photo is partly due to mathematical algorithms that help to interpret data, but also to organize it. A sharper resolution can be obtained as a result. Moreover, that photo is a kind of MRI: it is made up of all kinds of layers, so you can always omit a few to discover more of what is happening in such a black hole. Not that it’s suddenly no longer mysterious: there are still countless things we don’t know about this space phenomenon. It’s great that we’re getting closer and closer. Not only because of our own clever minds, but also because of technology.