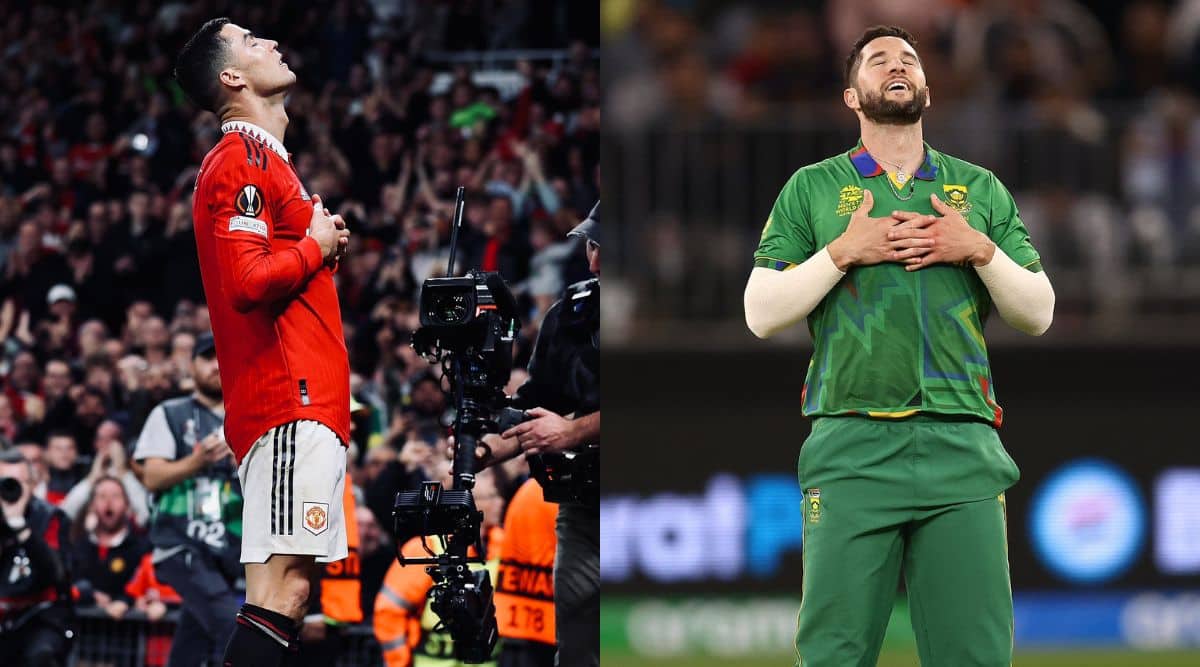 South Africa speedster Wayne Parnell did a Cristiano Ronaldo while celebrating the wicket of Suryakumar Yadav at the Optus Stadium in Perth.

Ronaldo, who has been struggling to get game time under Manchester United’s new manager Erik ten Hag, has dropped his famous ‘Siu!’ celebration with the new ‘peace of mind’ one.

Earlier this month, after scoring his 700th goal in club football against Everton, Cristiano brought a new celebration. He stood upright with their heads back, eyes closed, and fingers crossed in front of their chests.

Parnell on Sunday did the same after taking the wicket of Suryakumar Yadav, who has scored a counter-attacking 40-ball 68 against South Africa.

In a video posted by Cricket South Africa on Twitter, Parnell admitted that his celebration was inspired by Cristiano Ronaldo.

“Celebration obviously comes from Ronaldo. I have always been a big fan of Cristiano Ronaldo fan and a Manchester United fan as well. He is going through a little bit of a tough time recently,” said Parnell.

“But one thing that I always liked about him is his resilience and that’s something I have always taken on as well. Like a ‘never say die’ type of attitude. I have always wanted to put in that kind of performance for the team,” he added.

After removing Suryakumar Yadav, Wayne Parnell initiated a double breakthrough, sending back Dinesh Karthik and R Ashwin as India floundered again and could manage only 133 for 9 in 20 overs. Parnell returned with impressive figures of 3 for 15.

South Africa chased down the target in 19.4 overs with five wickets in the hut.

South Africa is now atop group 2 with five points while India is now down to second with its first defeat in three games.