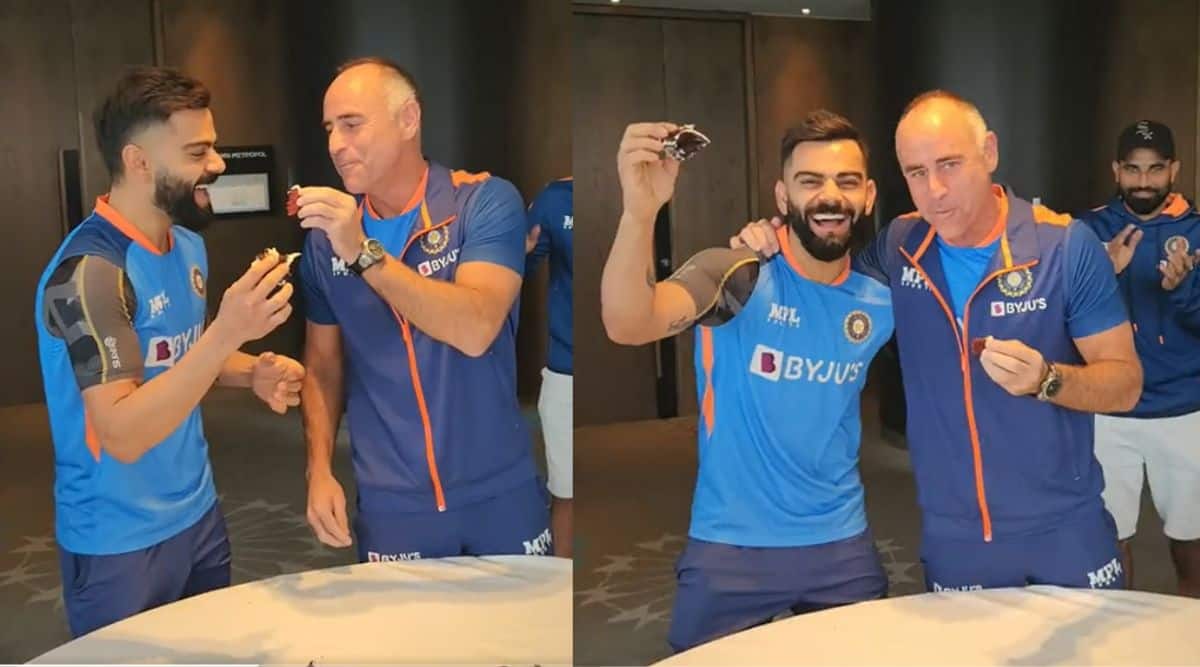 Birthday celebrations ON in Australia 🎉

In a video posted by the BCCI on Twitter, the entire team and coaching staff can be seen with both Kohli and Upton cutting cakes.

A team member from behind even shouted: “Pappi toh le ek dusre ko (Kiss each other).”

Kohli, who turns 34, is in red-hot form for India. With 220 runs in four matches, including three fifties, Kohli is the leading run-getter for India.

India will take on Zimbabwe at the Melbourne Cricket Ground (MCG) on Sunday, where they have started their campaign with a thrilling four-wicket win over Pakistan. Kohli played a stunning 82 not out and helped India snatch victory from the jaws of defeat.

On the other hand, Paddy Upon, who was appointed as the Indian team’s mental conditioning coach earlier this year, is celebrating his 54th birthday.

Upton was part of India’s 2011 World Cup winning set-up, handpicked by then India coach Gary Kirsten. During his first stint with the Indian team, between 2008 and 2011, Upton worked in the dual role of mental conditioning coach and strategic leadership coach, developing a fine report with a lot of players, including Dravid. India also briefly reached the top of the ICC Test tree during that period. Later, the two worked together as coaches in the IPL.