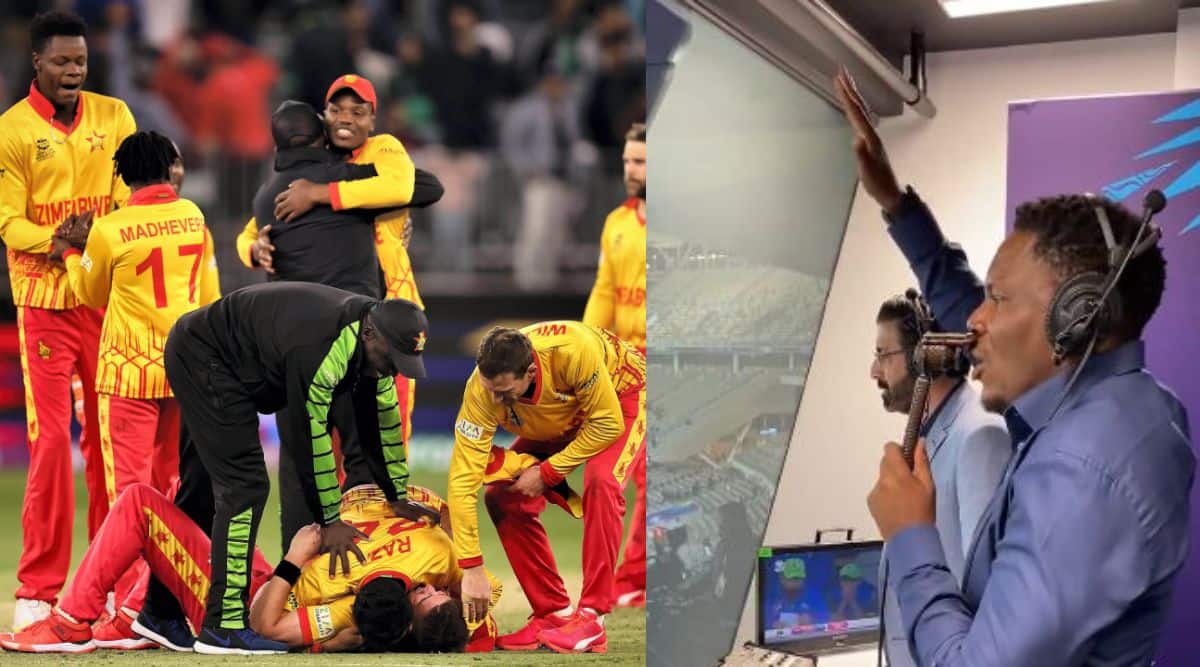 Mpumelelo Mbangwa gave one of the iconic commentary moments on Thursday at Optus stadium in Perth.
In a T20 World Cup thriller, Zimbabwe snatched a famous victory from the Men in Green by one run.

Pommie Mbangwa who was in the AIR at the time as a commentator was over the moon as Zimbabwe was victorious at the end. His reactions were lauded by the netizens and many former and current cricketers.

Pakistan’s Bazid Khan who was next to the former Zimbabwe player seemed shellshocked by what had just happened.
Pakistan entered as favorites into the World Cup with a formidable pace attack and a consistent opening pair of Babar Azam and Mohammad Rizwan lost their opening two games in this World Cup.

Zimbabwe on the other hand after plucking a point against South Africa in a game where rain played its part now are level with South Africa in the group on three points.

Elsewhere in group two, India beat the Netherlands by 56 runs which had bolstered their run rate and South Africa thumped Bangladesh by 104 runs.

The odds are against Pakistan to make it to the semifinal after the Thursday encounter. They will face the Netherlands on Sunday in Perth.

Zimbabwe will face the Netherlands at Gabba in Brisbane. Pakistan has to win every game from here to give themselves a chance to qualify for the semis and hope a few results go their way in the group.

South Africa Vs India on Sunday at Perth may have huge say on Pakistan’s chances.