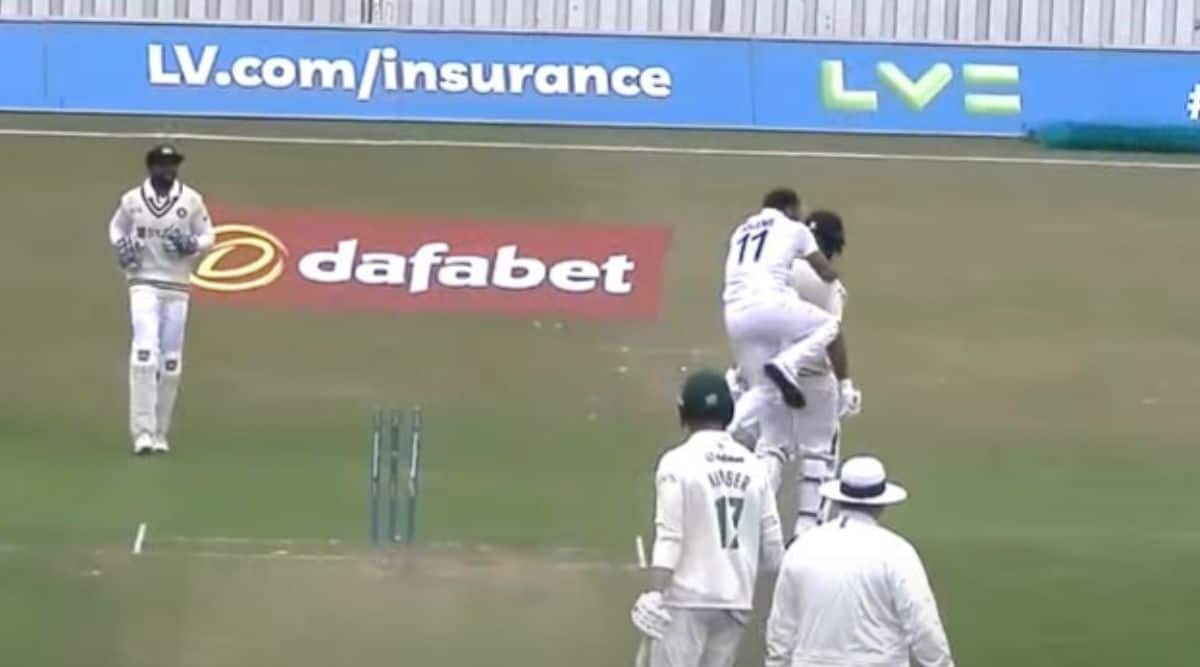 During the ongoing India warm-up match in Leicester, seamer Mohammad Shami clean bowled Cheteshwar Pujara, who is part of the Leicestershire XI, and then followed it up by jumping on the batter’s back to celebrate the wicket. Pujara was all smiles about the incident as well on his way back to the pavilion.

Here’s the video of Shami picking the wicket and the celebration that followed at the Uptonsteel County Ground.

A second wicket for Shami. He dismisses his @BCCI teammate, as Pujara drags on.

Pujara, who is part of the India squad for the upcoming one-off Test against England, is making a comeback to the team on the back of a successful county summer with Sussex. He had come in to bat after the home team lost captain and opener Samuel Evans in the seventh over, also picked by Shami.

The 34-year old wasn’t able to spend much time in the middle as Mohammad Shami forced him into a played-on just six deliveries into his innings on the second day of the warm-up match.

Dismissing him early must have been a relief for the 31-year old who had told The Indian Express earlier this year that he doesn’t like bowling to Pujara in the nets.

“No one can irritate you like Cheteshwar Pujara. As everyone knows, unless he hits 100 to 200 balls, he doesn’t get sleep!”

With four Indian players including Pujara, Rishabh Pant, Prasidh Krishna and Jasprit Bumrah playing for the county side, the warm-up match has already created some fascinating contests for the Indian fans to watch out.

Earlier on day 1, Jasprit Bumrah went up against his India and Mumbai Indians captain Rohit Sharma. Here’s a clip of the pacer rapping Rohit Sharma on the inner thigh with a sharp nip-backer.