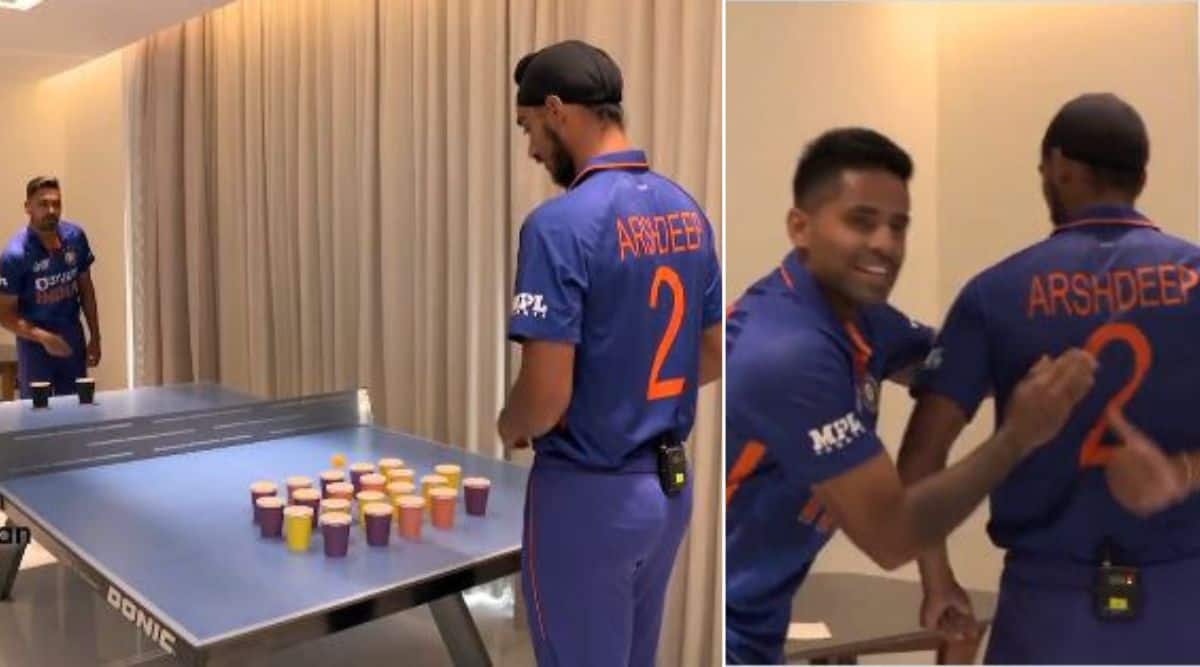 After a thrilling win over arch-rivals Pakistan, India are gearing up for a big win over HongKong in their next Asia Cup match on Wednesday. In the meantime, players are also indulging in some fun games off the field as the pace duo of Arshdeep Singh and Avesh Khan were seen playing an interesting game featuring table tennis.

The official social media handles of BCCI shared the video on Tuesday where Avesh and Arshdeep had to throw the balls in a disposable glass. Interestingly, Suryakumar Yadav was in a different role here. He was the judge between both the contestants. He also predicted the winner between Avesh and Arshdeep.

You wouldn’t want to miss 👍

PS – @surya_14kumar gets his prediction spot on 🎯#TeamIndia | #AsiaCup2022 pic.twitter.com/AoL6HGf2Yu

Both bowlers were given 10 chances each. While Avesh managed to put a ball into a cup only once, Arshdeep was successful in doing the same twice. Suryakumar had also predicted the left-arm bowler will win the contest. His prediction came true, and he announced the winner in his own style.

Both Arshdeep and Avesh have played a key role in India’s win over Pakistan as all 10 wickets fell to India’s fast bowlers. Bhuvneshwar Kumar picked up four wickets, including the prized scalp of Babar Azam, while Pandya expertly used short-pitched deliveries in India’s inspired fast-bowling display to help them skittle out Pakistan for 147. Arshdeep took two and Avesh Khan picking up the remaining one .