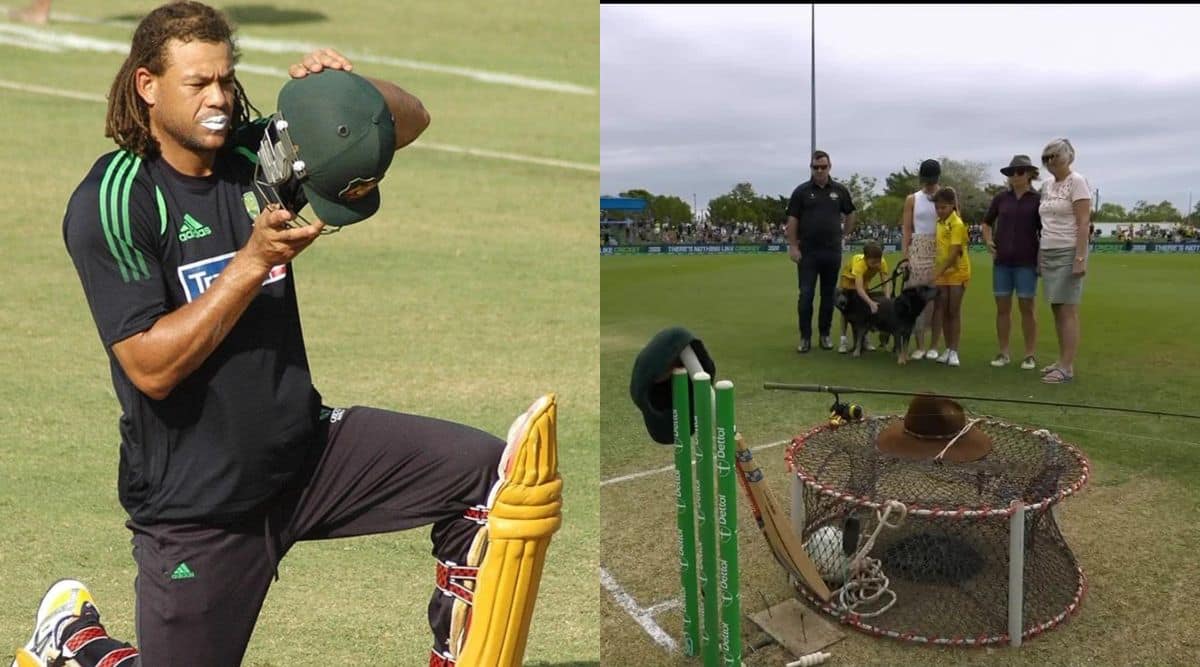 During the first ODI match between Australia and Zimbabwe in Townsville at Riverway Stadium, Andrew Symonds’s family paid tribute to the late cricketer.

Andrew Symonds died in an auto accident in May near Townsville. He was 46.

Fans, players, family and friends stood in silence before the match before further tributes to the charismatic allrounder were held at the innings break.

Andrew Symonds’ children Chloe and Billy, have been made honorary members of the Australian cricket team.

Andrew Symonds’ children Chloe and Will walking out with Aaron Finch and Steve Smith at the start of play today ❤️ #AUSvZIM pic.twitter.com/NUBbKAoTot

Chloe and Billy walked out with Aaron Finch and Steve Smith and stood with the players during the national anthems while also running out the water during drinks breaks.

A tribute fitting for one man, and one man only. #AUSvZIM pic.twitter.com/zjVvE4yx25

Both teams formed a guard of honor as the grieving party walked out to the pitch and placed his baggy green and cricket bat on the stumps along with some of his favorite things.

“A really sad time obviously for Australian cricket over the last little while, it’ll be nice to have some tributes and his family here and stuff like that,” Australian captain Aaron Finch said before the game.

Symonds played 26 Test matches for Australia from 2004-2008, posting two centuries, but he was better known as a limited-overs specialist. He played 198 one-day internationals for Australia and won World Cup titles in 2003 and 2007.

The 2007-2008 season was his most prolific in test cricket and was capped by superb innings of 162 against India at the Sydney Cricket Ground.

In one-day internationals, among his best innings was an unbeaten 143 from 125 balls against Pakistan at the 2003 World Cup when he was far from established in the Australian team.