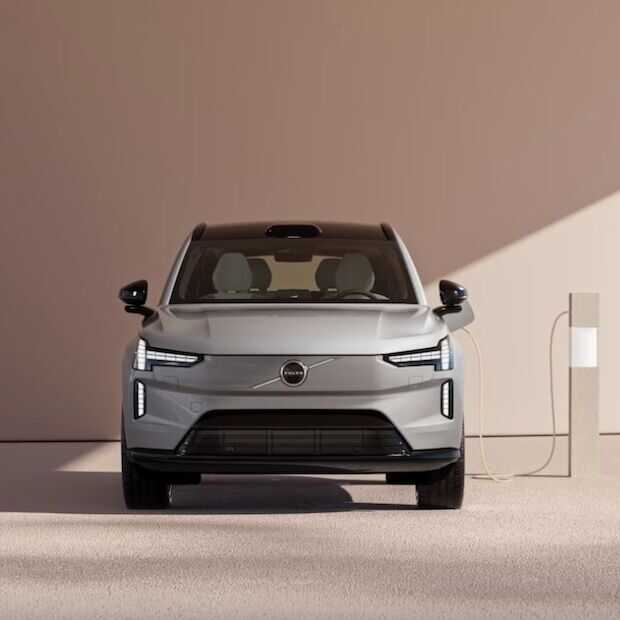 Volvo has presented a fully electric variant of its largest SUV. In countries where EVs are already popular, such as ours, the Volvo EX90 will replace the current XC90. In other countries, the XC90 will remain available, which will also receive a model upgrade. The Volvo EX90 is the third fully electric car from the Swedish manufacturer after the C40 Recharge and XC40 Recharge. From 2030, Volvo will only make and sell electric cars. Before that happens, the brand wants to put a new EV on the market every year.

Safety has long gone far beyond airbags and crumple zones

Volvo has prided itself on building just about the safest cars for many years. The new EX90 is no exception either. Today, of course, this goes far beyond the necessary airbags and crumple zones that won Volvo safety awards in the 1970s and 1980s. In 2022, in addition to airbags and crumple zones, it is mainly the so-called ‘Driver Assist’ systems that ensure that the vehicle always stays neatly within the lines, keeps a sufficient distance and, if necessary, intervenes to prevent a collision. For these driving assistance systems, the EX90 is equipped with LIDAR, cameras and ultrasonic sensors. They continuously scan the surroundings of the car.

The Volvo EX90 is equipped with, among other things, a ‘Driver Understanding’ system. Two interior sensors and the capacitive steering wheel transmit information to an algorithm that communicates with the exterior sensors of the car. The system can thus ‘see’ whether the driver is distracted or drowsy and when the car should intervene. In addition, the EX90 also has a safety system that warns of traffic coming from the left or right at intersections. This is in addition to the safety feature that warns the driver of oncoming traffic when making a left turn.

A special safety feature is that the Volvo EX90 warns the driver if he or she leaves a sleeping child or pet in the car. If that person or pet is also left in the car after that warning, the climate system of the EX90 ensures that it cannot get too hot or too cold in the car.

Technically, the Volvo EX90 is of course also generously sized. There will be two versions, the standard model with 408 hp and a performance variant with 517 hp. Both have a dual electric motor that powers all four wheels. According to Volvo, the EX90 has a maximum range of 600 kilometers on one battery charge. The manufacturer does note – and those ‘warnings’ are posted several times on the site – that the range is (strongly) dependent on driving behaviour, weather, wind, the landscape and the condition of the road. The good news is that the EX90 can be charged with a maximum of 250kW. Fast enough to ‘lift’ the battery from 10 to 80 percent capacity within half an hour.

All this comes with a hefty price tag. The standard version of the Volvo EX90 costs 102,495 euros. For the performance version you have to reserve 5000 euros more.