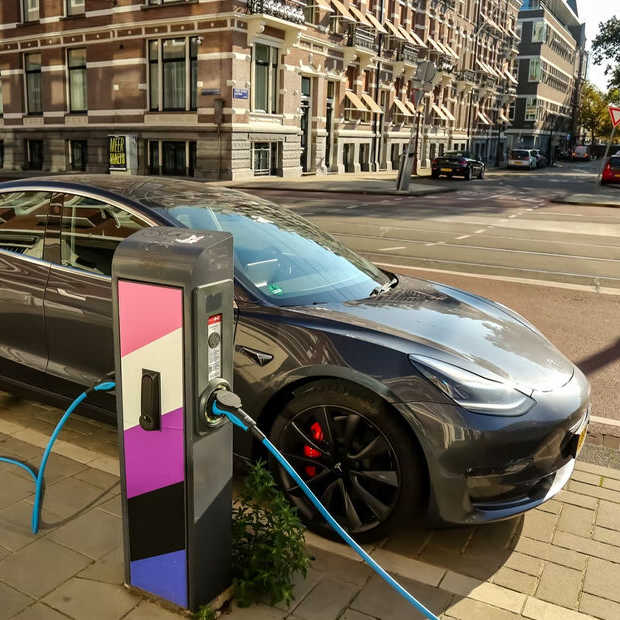 The Netherlands is number 1 in Europe in terms of the number of charging stations for electric cars. We drive more and more electrically in the Netherlands: at the beginning of 2021 there were 526.5 thousand electric and hybrid cars, on 1 January 2022 there were already 725.5 thousand. Reason enough to install charging stations in our country: a lot too, as it turns out.

Charging stations in the Netherlands

More than 1 in 12 passenger cars in the Netherlands is either electric or hybrid. This is probably partly due to subsidy schemes for these cars, but in the meantime the enormous increase in fuel prices will probably also play a role. The fact that many cities are introducing an environmental zone and it is becoming less attractive to drive a diesel will also make the choice for an electric car better.

They are large numbers, but they are not yet large enough. There should be 6.8 million public charging points in Europe by 2030. The European Union wants us to emit 55 percent less CO2 by 2030, and this is an important factor in that. However, that does mean that a lot of work still needs to be done along the road. Yet that is ultimately an advantage: if your car then indicates that it is almost without electricity, then you do not have to drive too far (and hopefully you will get it exactly). Especially in winter when it’s freezing cold, you notice the battery running backwards, so you can’t always rely on the estimate made by the car.

Our country is 41,543 square kilometers, which means that on average there are almost two charging stations per square kilometer. In practice, of course, this is slightly different: in Amsterdam the number of piles is much larger. Moreover, there are often many charging stations together in parking garages, for example, so that the concentration is more in one place than it is finely spread out.

At the same time, it is also useful: if you are looking for a charging station and it is occupied, there is probably another nearby. In the future, that will be even closer, because it certainly does not only apply to the rest of Europe that the number of charging stations must grow. In the Netherlands, you see more and more retail chains signing contracts to install charging stations. However, the question is to what extent the growth is possible: there is regular talk about electricity networks that cannot cope with this.

Be careful if you charge often: in more and more places in the Netherlands you risk a fine if you stay too long at a charging station, in addition to the fact that it is of course not too social towards your fellow man. Even though we have many, it is better not to keep that one charging station occupied for too long.