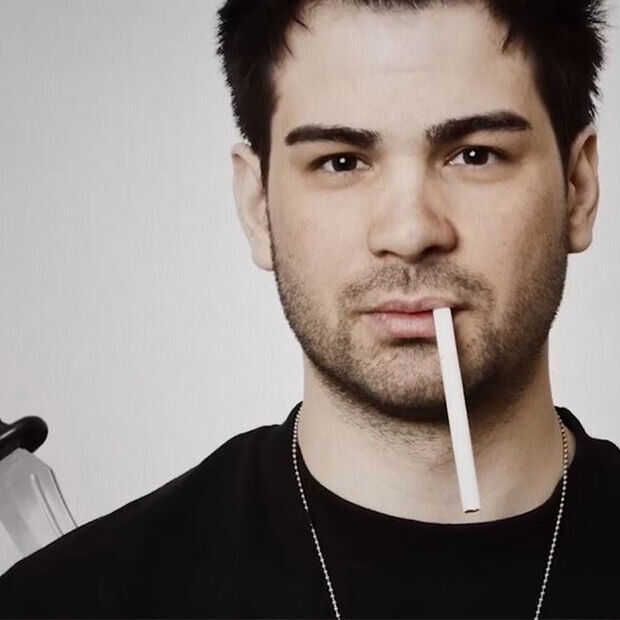 Isanyoneup.com is probably one of the most searched for sites in the world this weekend. That is the website that is all about in the new Netflix docu The Most Hated Man on the Internet. Created by the people behind Don’t F**k With Cats, this documentary follows a mother who goes on a witch hunt after nude photos of her daughter surfaced online.

Daughter is namely on Isanyoneup.com, a kind of bullying website on which angry exes, vindictive archenemies and other malicious people ‘leak’ photos of naked men and women (that they once confided in). They cannot set them up themselves, because they send them in to the website. Time for the ‘most hated man on the web’ to step up, because Hunter Moore is the man who runs this website and posts the photos on it.

Very succinctly you could say that Hunter does a complete Zuckerbergje: he invokes the fact that he only runs the platform, but that he is not evil and people who place things are evil. The ‘village square’ idea. However, two things are radically different here: on Facebook people post directly themselves, on Isanyoneup not. Plus, what ends up on Isanyoneup wouldn’t make it through Facebook’s moderation in its lifetime.

The Most Hated Man on the Internet

This documentary explains whether it is indeed possible to take the photos of the panicked daughter offline and how Hunter goes on. You could argue that it is perhaps a little too much about the already extremely attention-seeking website owner, and not enough about the help victims probably needed after the traumatic experience of being in adam or eva costume ‘all over the internet’. to stand.

What does work well is the number of people being interviewed. An ex of the ‘professional life ruiner’ speaks, but also a woman who just had a kind of career left over from her rendezvous with the man. In that respect it is a well put together documentary, but the question is whether this man deserves so much attention. There has already been great controversy on social media, because Mr. Moore is now again becoming a hot topic on social media and many people would rather keep him quiet.

However, if you look beyond just the message about a man who clearly could use a psychiatric diagnosis, you see something that you can ironically say is also his point somewhere. Learn to handle technology. Is it wise to send such pictures of yourself to someone, or even have them on your phone? At the same time, so many years later, the world has also changed. Generations have grown up with the internet and smartphones and to be honest, the average nude photo is not really looked up to anymore.

The Most Hated Man on the Internet is primarily a documentary that you have to watch yourself to form an opinion. An opinion about a mother with a mission, about people who take such pictures and about a merciless man. But, maybe also about yourself and the photos that exist of you, or your ‘relationship’ with the internet.

The Most Hated Man on the Internet is now on Netflix and consists of 3 episodes.