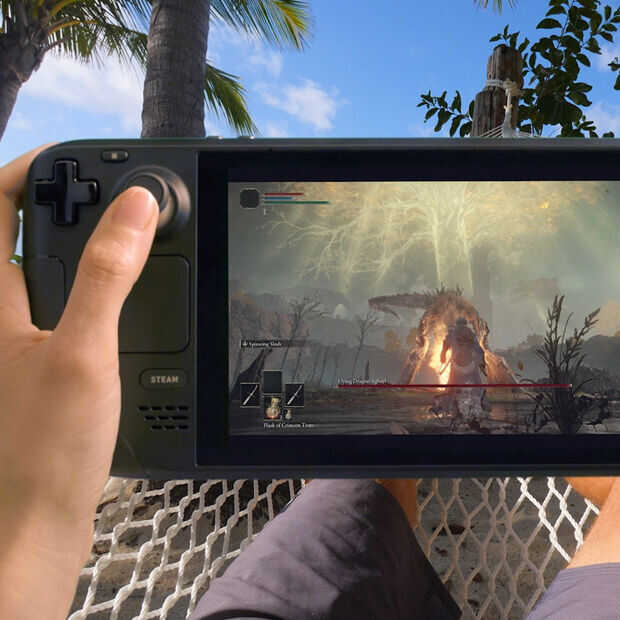 Valve is able to deliver twice as many Steam Decks than expected. While Sony’s PlayStation 5 struggles, as does Microsoft’s Xbox Series X, the woes for Valve’s Steam Deck seem to be slowly passing.

Valve states: “Production is ramping up a bit and starting today we will be able to ship more Steam Decks every week!” It’s about twice as many Steam Decks in total, which is a big advantage. The handheld is a big hit, partly because it is open source. So you can install other operating systems on it, but there are also tricks with which you can turn it into a Nintendo Switch.

The latter is interesting, because the design of Steam Deck is very similar to that of Nintendo’s hybrid. The only advantage is that Steam Deck is so customizable, so you can play all of Steam’s games on it (and therefore a large part of all PC games from at least the past decade) and those Nintendo titles. There will even be a Steam Deck dock with which you can also play on the television. Nintendo is probably not amused, because it loses a lot of revenue because of this.

At the same time, Valve laughs into his fist. While it doesn’t say anything about official sales numbers of the handheld, it has already sold an estimated 1.5 million units. That’s not bad. The device has only been out since February 25 and Valve initially suffered from the chip shortages that rivals PlayStation and Xbox also had to deal with.

You can check the status of your order on the Steam Deck page on Steam. However, it appears that the third quarter orders have not been pushed forward yet, but Valve will notify people of Q3 starting June 30.

By the way, doubling the deliveries does not mean that Steam Deck is now fully available. In the UK, orders from the first hour of pre-order would still be delivered. On the other hand, it’s a hot item, so there were probably a lot of orders in that first hour.

Steam Deck can be thought of as a handheld PC. It uses SteamOS, which is based on Linux. There are three variants of Steam Deck: one of 419 euros, of 549 euros and 679 euros. The difference lies mainly in the power of the system. It is a must-have that you could actually install Windows on.

The biggest selling point, however, is the fact that you can play your entire Steam library on it. Especially if there is another Steam sale where the largest games can be bought for a few euros, then you have a handheld for relatively little money that you can use anywhere and anytime, with a large arsenal of games on it.