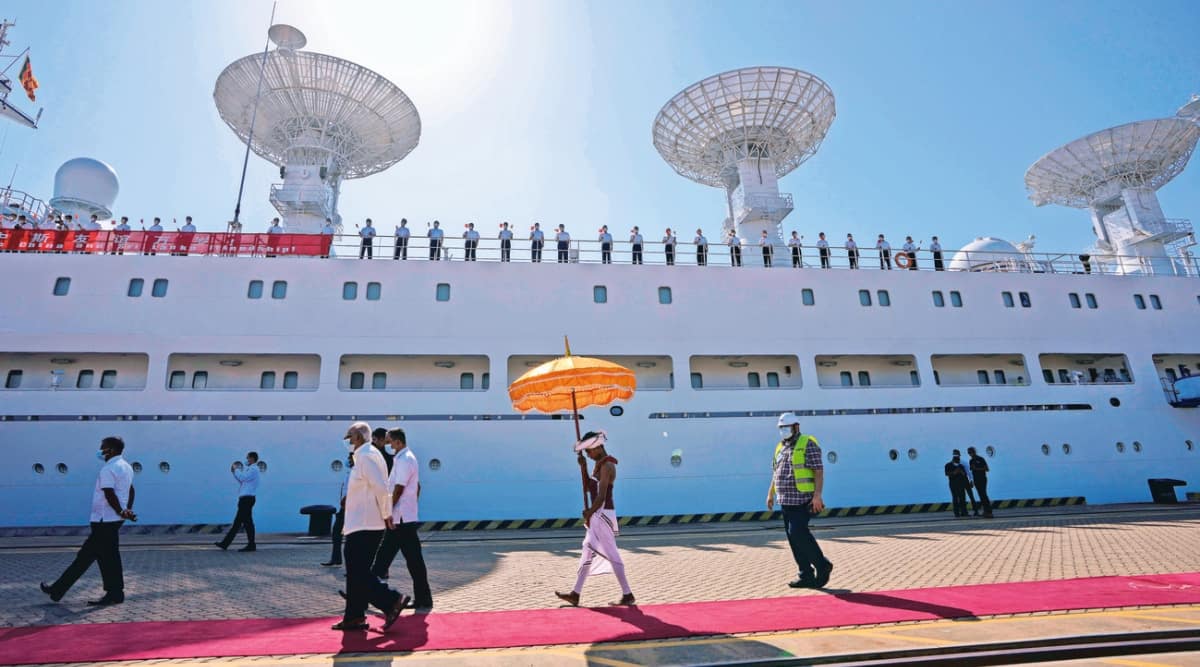 A day after China’s ambassador to Sri Lanka, in a thinly veiled jab at India, accused Sri Lanka of “thorough interference” in its sovereignty and what it called a history of aggression by its “northern neighbour”, New Delhi reacted strongly on Saturday.

It said the Chinese ambassador’s “breach of basic diplomatic etiquette may be a personal trait” or a “reflection of larger national attitudes” and that Sri Lanka’s “view of its northern neighbor may be colored by its own country’s behavior”.

India’s strongly worded statement was in response to an article signed by Chinese Ambassador to Colombo, Qiu Zhenhong.

The article, published on the Chinese embassy website and local news website Sri Lanka Guardian, had a headline: “From One-China Policy to ‘Yuan Wang 5’: Let’s join hands and resolutely protect our sovereignty, independence and territorial integrity.”

The dispute comes days after Sri Lanka’s U-turn to allow China’s military research and survey vessel Yuan Wang 5 to dock at its Hambantota port between August 16 and 22 – despite India’s concerns. Earlier, the ship was expected to dock from August 11 to 17, and was pushed back due to India’s protests.

Sri Lanka said the decision to allow the ship was based on the interests of all parties concerned, in line with the “principle of sovereign equality of states”.

In his part, Ambassador Q wrote: “Looking back at the great history of the island, Sri Lanka has overcome 17 invasions from its northern neighbour, 450 years of Western colonization and almost 3 decades of war on terror… Now it still stands boldly and proudly in the world. Sri Lanka Any violation of national sovereignty, independence and territorial integrity will not be tolerated.”

He then went on to attach it to military ships. “Approving the replenishment of port calls by foreign vessels at Hambantota or any other port is a decision taken by the Government of Sri Lanka entirely within its sovereignty, not to mention that all scientific research activities of the ‘Yuan Wang 5’ are in compliance with international law and general norms. International practice. External obstruction based on so-called ‘security concerns’ but without any evidence of specific force is a gross interference with the sovereignty and independence of Sri Lanka. Fortunately, with the joint efforts of China and Sri Lanka, the incident has been properly resolved, which not only safeguards Sri Lanka’s sovereignty and independence but also safeguards international fairness and justice,” the Chinese ambassador said.

Seeking to draw a parallel between Sri Lanka and China in the wake of US House Speaker Nancy Pelosi’s visit to Taiwan, the ambassador wrote: “Like Sri Lanka, China endured a hundred years of humiliation from 1840 to 1949. Due to similar dark experiences, China has always supported Sri Lanka on the international stage to protect its sovereignty, independence and territorial integrity. We will continue to do so. On the contrary, some countries, far or near, always make various baseless excuses to bully Sri Lanka and repeatedly trample on Sri Lanka’s sovereignty and independence.”

On Saturday night, a day after the article, the Indian High Commission in Colombo hit back.

“We have noted the Chinese ambassador’s comments. His breach of basic diplomatic etiquette may be a personal trait or a reflection of larger national attitudes. His view of Sri Lanka’s northern neighbor may be colored by his own country’s behavior. India, we assure him, is very different,” said the Indian High Commission in Sri Lanka.

“His assumption of a geopolitical context for a supposedly scientific research vessel visit is a gift. The opacity and debt-driven agenda is now a major challenge, especially for smaller countries. Recent developments are a warning. Sri Lanka needs support, not undue pressure or unnecessary controversy to serve other countries’ agendas,” the Indian High Commission said.

The ‘Yuan Wang’-class ships are used to track satellite, rocket and intercontinental ballistic missile (ICBM) launches. China has around seven of these tracking vessels capable of operating across the entire Pacific, Atlantic and Indian Oceans. The ships complement Beijing’s land-based tracking stations.

New Delhi was concerned about the possibility of the ship’s tracking systems trying to snoop on Indian installations while en route to Sri Lankan ports. Ahead of Sri Lanka’s U-turn, India rejected China’s “inquiry” that New Delhi had pressured Colombo against the planned visit by the Chinese ship but insisted it would take the decision based on its security concerns.

As Sri Lanka grapples with a severe economic crisis, India has provided $4 billion in humanitarian and economic assistance.