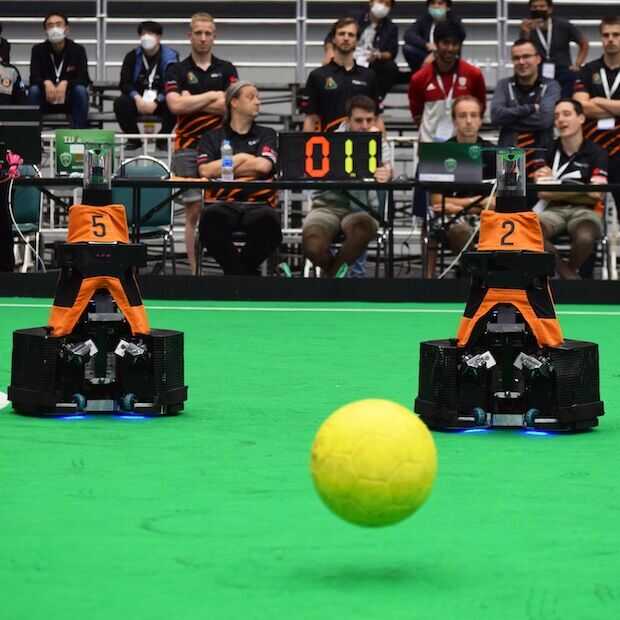 This weekend the Dutch hockey ladies became world champions for the third time in a row. A special achievement, because prolonging a world title is usually more difficult than becoming world champion. The hockey ladies were not the only Dutch world champions we could celebrate this month. Also the robot football team, Tech United, of the Eindhoven University of Technology. managed to successfully defend their world title. That killed the team, with players such as Lieke Motors, Jackie Groenestroom and Vivianne Wielema, in the Thai capital Bangkok.

In the final, Tech United was 15-0 too strong for the Falcons. Also a Dutch team, from ASML in Veldhoven. In other words, Orange captured both gold and silver.

The robots that participate in the Robot Football World Cup play completely autonomously. They do this by using sensors and innovative software. A team consists of five robots. Since the previous world title, a year ago, the TU/e ​​team has improved its robot football players in various areas. This way they can now not only dribble better, but also make tactical changes independently, during the match.

So for now there is no better robot football team than that of Tech United. In the coming years, work will continue to improve the robots. Ultimately, they want to become so good that they can also beat the real human world champions. It will take a while before that happens. Tech United aims to beat the then reigning world champion by 2050.