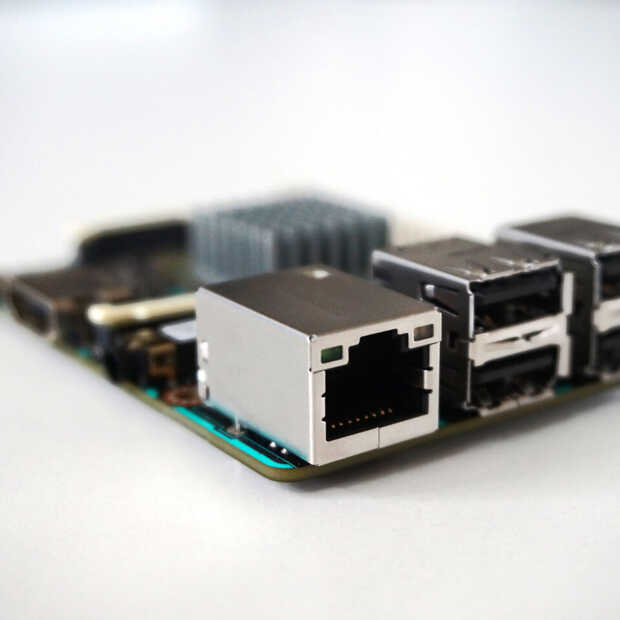 Partly due to chip shortages, it is not very easy to buy a Raspberry Pi. A pity, because these devices are extremely versatile and can play a nice role in a smart home, among other things. Is there an alternative? Yes, in the form of the Odroid.

Have no idea what a Raspberry Pi is? No problem. It is a mini computer the size of a debit card: very small. It consists of a printed circuit board with all kinds of things that you normally see on a PC, but smaller. Think of an ARM processor and connections to actually do something with it. Think of a USB port, an internet port, HDMI and micro USB to power the device. You can put software on a microSD card and insert it into the MicroSD card slot to use the Raspberry Pi.

Keep that in mind and then think of the Odroid. In principle, Odroid can do everything that a Raspberry Pi can do, but also offers the possibility to install software on an eMMc module. Moreover, it does not become more smart home than the Odroid, because you can use the Odroid C4 and N2 + in combination with the home assistant Domoticz, Volumio and Android. This makes it a jack of all trades for a single board computer.

There are all kinds of sites where you can find the many uses of an Odroid. Think of creating your own web server with WordPress, but also running Kubernetes on an N2 cluster. Admittedly, it’s all very technical, but once you’re in the world of Odroid, you’ll know your way around it in no time. Odroid offers hardware that stands firmly in its shoes, combined with an enormously extensive equipment that you can use in all directions.

It’s not a far-fetched show: Raspberry Pi was once developed for kids by bright minds at Cambridge University. It’s still used by many parents to get kids excited about programming, or at least understand how all those tech gadgets work. Odroid is also very suitable for this. You can make all kinds of smart gadgets with it to make your life easier: after all, that’s what technology is for.

The multi-purpose Odroid is also very affordable, so you can have several at home to make smart lamps, playfully learn with your children and more.