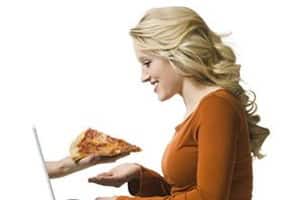 More than 90 per cent of Britons now eat pizza at least once a week and the biggest increase is buying them in supermarkets.

“It’s the ultimate TV dinner and good for sharing. And it doesn’t get in the way of watching the action,” The Sun quoted Tesco pizza buyer Adam Chadwick, whose supermarket sells 117 varieties.

The top 10 pizza flavors are: