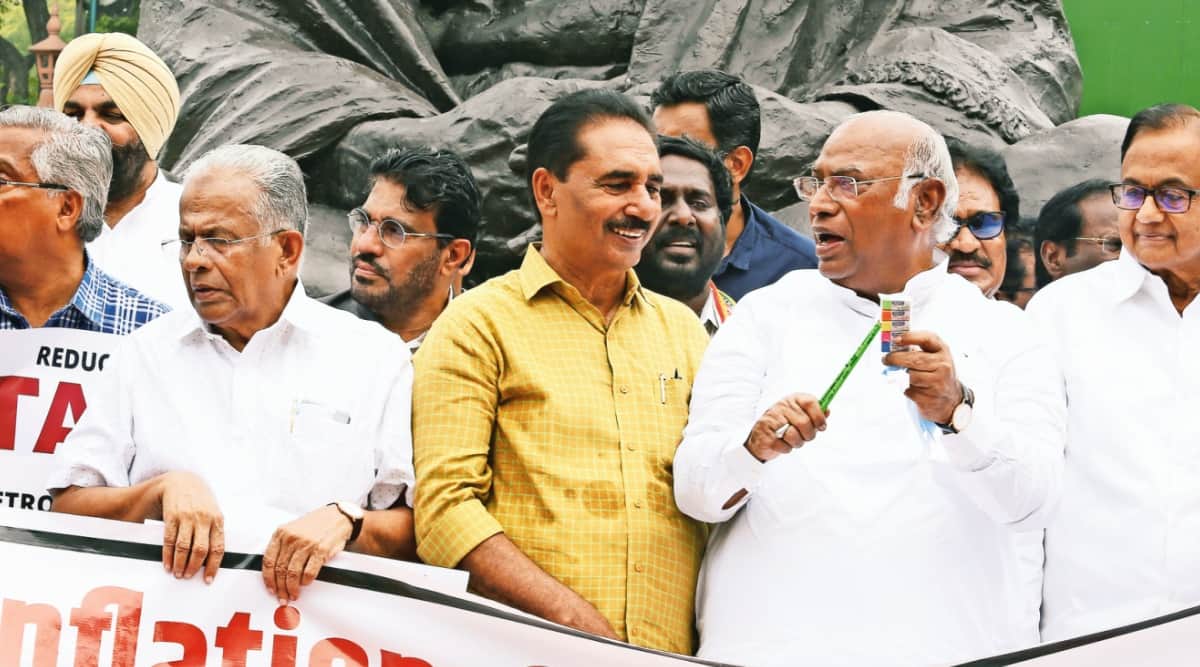 The Lok Sabha witnessed riots for the fifth consecutive day with the opposition disrupting proceedings by chanting slogans against increased taxes on fuel and packaged food. The government, which has assured it is ready for a debate, has accused the opposition of “depriving” MPs of their rights to raise issues in parliament.

The government has reiterated that it is ready to discuss GST in the House when Finance Minister Nirmala Sitharaman, who is suffering from Covid, recovers and returns to Parliament. However, the opposition MPs, who protested in front of the Mahatma Gandhi statue before the House meeting, did not return to their seats.

The speaker adjourned the proceedings first to 12 noon and then to 2 pm. As the House session began in the morning, Congress, DMK and Left MPs rushed towards the well of the House carrying placards and chanting slogans like “Stop Dictators; Nahi Chalgi Tanashahi; And stop Dadagiri”.

Speaker Om Birla started the question and answer session but could not proceed as the MPs raised their slogans.

Parliamentary Affairs Minister Prahlad Joshi took strong exception to the continued disruption in the Lok Sabha. Assuring that GST can be discussed as soon as the finance minister recovers from Covid and returns to work, Joshi said: “You can raise the issue at zero hour, you don’t want Q&A or any debate…”

As the opposition did not heed the Speaker’s request to return to their seats, Birla adjourned the proceedings for 45 minutes. When the House reconvened at 12 pm, Chair Kirit Premjibhai Solanki also told the opposition that they should use the floor of the House for debate. After a few minutes the session was again adjourned.