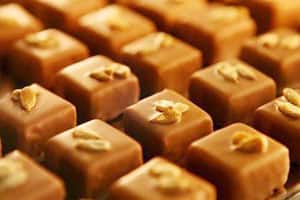 Do you love chocolate? Then, here’s some good news for you — eating a modified form of sweet treats can slow down your aging process, scientists claim.

Scientists at UK biotechnology firm Lycotech modified chocolate with cocoa-lycosome, an ingredient they developed, which increased the potency of cocoa flavanols by up to 20 times compared to unrefined chocolate.

Cocoa flavanols are molecules in chocolate that improve skin oxygenation, an essential factor in slowing the aging process, researchers say.

A small portion of this modified chocolate has the same anti-aging benefits as two bars of Cadbury Dairy Milk, researchers say, suggesting their feat could turn chocolate into an anti-aging wonder drug, the Daily Mail reported.

“Two servings a day may be good news for chocoholics, but not everyone loves chocolate that much,” says Lycotech founder Dr. Ivan Petiav.

“But now everyone can benefit from the inherent values ​​of cocoa flavanols without compromising their health and habits.”

Dr Petyaev added that the technology had no effect on the taste or texture of the chocolate and that the ingredient was safe and recognized by the industry. “It’s ready for market.”

But nutritionists say they want to see more evidence.

“They are definitely on the right track. Flavanols are clunky molecules and have problems with absorption so it sounds interesting,” says Dr. Cary Ruxton. “But before I get excited I want some concrete endpoints that consumers will experience. And you always have to balance the benefits with any harmful effects.

“If you look at the increased consumption of chocolate, you see an increase in calories and saturated fat.