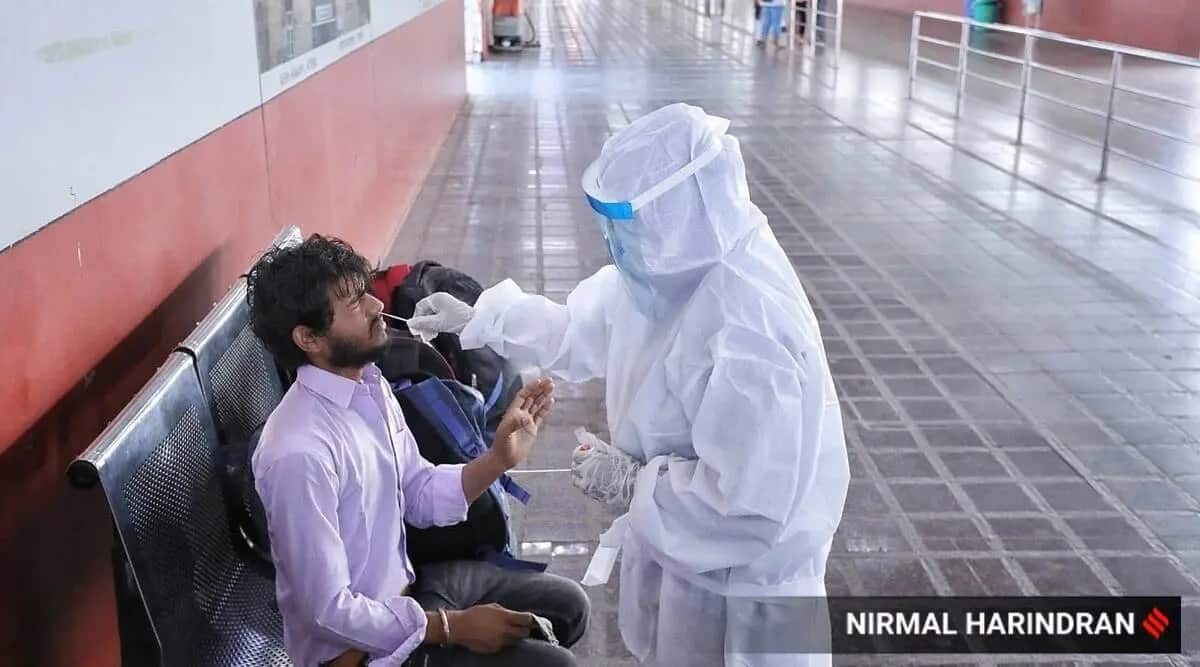 Scientists in the US have developed a new drug that can turn SARS-CoV-2 against itself, and prevent the deadly virus from infecting humans.

The researchers from The Scripps Research Institute believe that the drug, called NMT5, is likely to be effective against the emerging variants of SARS-CoV-2.

The drug, described in the journal Nature Chemical Biology, coats SARS-CoV-2 with chemicals that can temporarily alter the human ACE2 receptor — the molecule the virus normally latches onto to infect cells.

When the virus is near, its path into human cells via the ACE2 receptor is blocked. In the absence of the virus, however, ACE2 can function as usual, the researchers said.

“What’s so neat about this drug is that we’re actually turning the virus against itself,” said study senior author Stuart Lipton, a professor at The Scripps Research Institute.

The team tested a library of compounds and pinpointed NMT5 as having two key properties: It could recognize and attach to a pore on the surface of SARS-CoV-2, and chemically modify human ACE2 using a fragment of nitroglycerin as the warhead.

The researchers realized this could turn the virus into a delivery vehicle for its own demise.
They characterized and tested NMT5 in isolated cells as well as animals. The study showed how NMT5 attaches tightly to SARS-CoV-2 viral particles as the viruses move through the body.

The researchers then revealed the details of how the drug adds a chemical, similar to nitroglycerin, to certain molecules if it gets close enough. When the virus gets near ACE2 to infect a cell, that translates into NMT5 adding a “nitro group” to the receptor. When ACE2 is modified in this way, its structure temporarily shifts — for about 12 hours — so that the SARS-CoV-2 virus can no longer bind to it to cause infection. “What’s really beautiful is that this only knocks down availability of ACE2 locally when the virus is coming at it. It doesn’t knock down all the function of ACE2 elsewhere in the body, allowing for normal function of this protein,” said Lipton.

In cell culture experiments testing how well the Omicron variant of SARS-CoV-2 can attach to human ACE2 receptors, the drug prevented 95 per cent of viral binding.

The drug also showed effectiveness against nearly a dozen other variants of the virus, including Alpha, Beta, Gamma and Delta strains, they said.

Most anti-viral drugs work by directly blocking part of a virus which can pressure it to evolve resistance to the drug.
Since NMT5 is only using the virus as a carrier, the researchers think the drug is likely to be effective against many other variants of SARS-CoV-2.

“We expect this compound would continue to be effective even as new variants emerge, because it doesn’t rely on attacking parts of the virus that commonly mutate,” said Chang-ki Oh, a senior staff scientist and first author of the research.

Though the researchers have only studied the compound in animal models, they are now making a version of the drug to evaluate for human use, while carrying out additional safety and effectiveness trials in animals.