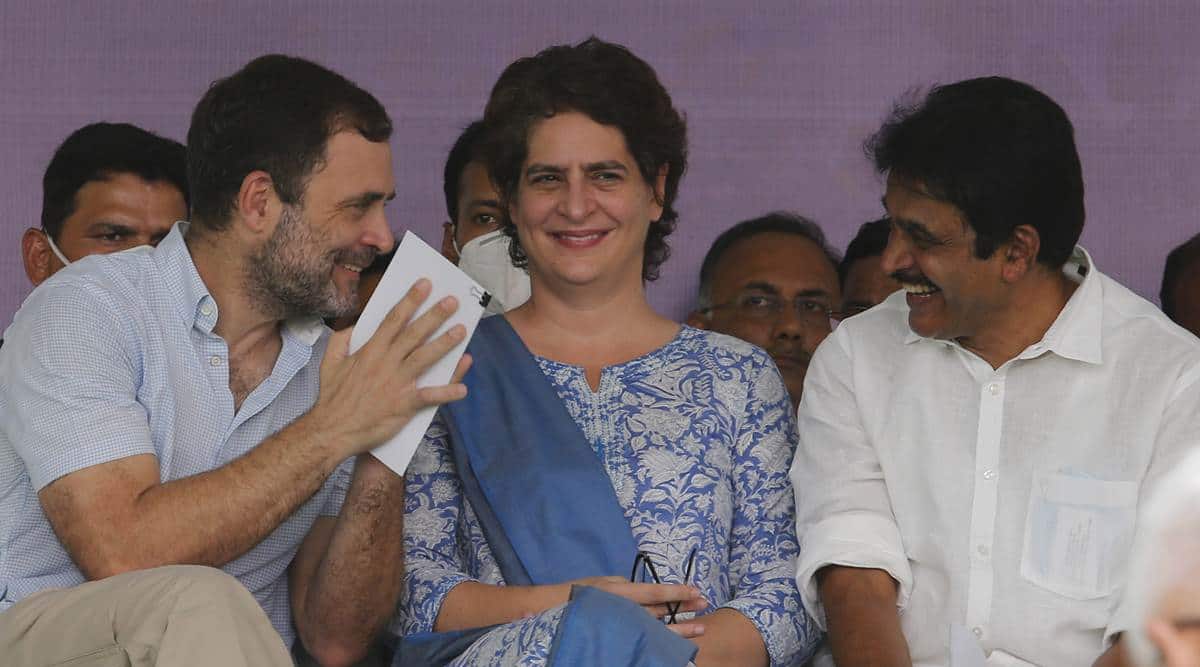 Calling his interrogation by the Enforcement Directorate (ED) a “small matter”, Congress leader Rahul Gandhi urged his party leaders and workers to protest against the Agnipath project, which he said would “weaken the armed forces”. Recalling the repeal of the Farm Act, he said that Prime Minister Narendra Modi should also “withdraw” the recruitment scheme.

Addressing the party leaders and workers who had gathered here at the AICC headquarters to express solidarity with him during his interrogation by the ED, Rahul said: “They are weakening our army, for which the country will suffer and they call themselves nationalists. Leave the ED issue, it’s a small matter. But our young people, who are trained so hard to join the army, are a symbol of patriotism আমাদের it is our responsibility to secure the future of our youth. ”

“As for the farmers, I said that Modiji should take back the bills. Were those bills not taken back? Now the Congress party is saying that Narendra Modiji should withdraw the new Agnipath project. Every Indian youth can be seen standing with us because they know that true patriotism lies in strengthening the army, not weakening it, ”he said.

“They have broken the backs of small industries, MSMEs. Now, they have also blocked the road that offered our young men jobs in the army. There will be no more rehabilitation after these young people retire after four years. On the other hand, the Chinese army is moving on Indian soil. More than one thousand square meters of land has been taken away from us. Even the Indian government has accepted it. At a time when forces should be strengthened, they are weakening it. It will have an effect when there is a war, ”he said.

The ED has questioned Rahul for 50 hours in a money laundering case related to the National Herald newspaper. Although Congress has been harassing the ED for days by dragging his questions, the investigating agency said he was unable to answer key questions about the case.

Rahul said ED officials asked him about the “secret” behind his patience and strength even after lengthy interrogation in a room measuring “about 12 feet by 12 feet”. “They told me not to leave the chair, to sit for hours বললেন (said) Don’t get tired, we’re tired. They asked me the secret behind my strength, ”he said, adding that he blamed it on Vipassana meditation.

“But the truth is, I was not alone in that room. I was accompanied by millions of Congress workers and leaders. Those with me who have fought to defend our democracy. They may not get a special invitation from the ED, but they were with me, ”he said.

In a mild vein, Rahul said that no one knows the quality of patience more than the Congress leaders and workers, pointing to senior leaders Sachin Pilot and Siddaramaiah on the stage, where Rajasthan Chief Minister Ashok Gehlot and Karnataka Congress chief DK Shivakumar also sat.

“I have been working with the Congress since 2004. I will not be patient, so what? See Sachin PIOT sitting there. I am sitting, Siddaramaiah is sitting. Our team teaches us patience, not letting us get tired. On the other side of the fence, patience is not required. You just have to be more discriminating with the help you render toward other people, ”he said.