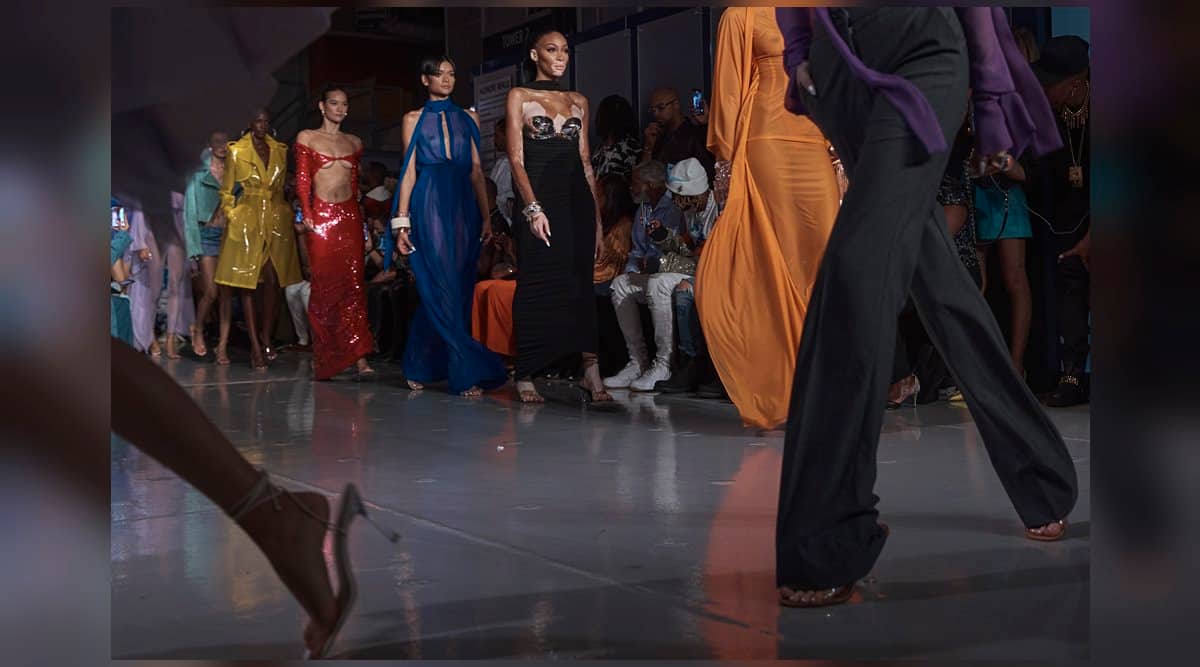 Laquan Smith used the spectacular setting of a historic aircraft carrier to explore the female form in his fashion show.

“It’s the IT factor,” Fox said in an interview. “You can’t describe it, but Laquan has it, and he understands women and what makes women feel good.”

Swedish model Elsa Hosk opened the show in a refreshing neon pink bodysuit and sporty skirt combo. Long ponytails swinging to beat behind them, the models follow one by one in barely-there bright fluorescent jewel-toned dresses with transparent jewelry and wraparound heels.

After the show, Smith said her inspiration for the collection came from her recent trip to Morocco, which she said left her overwhelmed with ideas. He then returned to New York and applied his city’s sensibilities to his sketches.

Her ideas on the romantic elegance of a silk chiffon scarf wrapped around the model’s neck are paired with utility pants perfect for a fashionable day.

“This collection was about sensuality, femininity and really a sense of freedom and fluidity,” Smith said. “This season was a great creative challenge for me because I had to think much lighter, much softer.”

Like other designers this season, semi-nudity was on display. When the models weren’t baring it on the runway, Smith created structured bodices to adorn their chests.

Since Smith’s debut in 2013, he has taken his brand to new heights. Most recently, Beyoncé wore a snug dress by Smith for her campaign with jewelry brand Tiffany.

“I’m living my dream, and it hasn’t turned out the way I thought it would, but sometimes I have to pinch myself and realize, ‘Oh my God, Beyoncé wore Laquan Smith on a Tiffany & Co. billboard,'” she said.