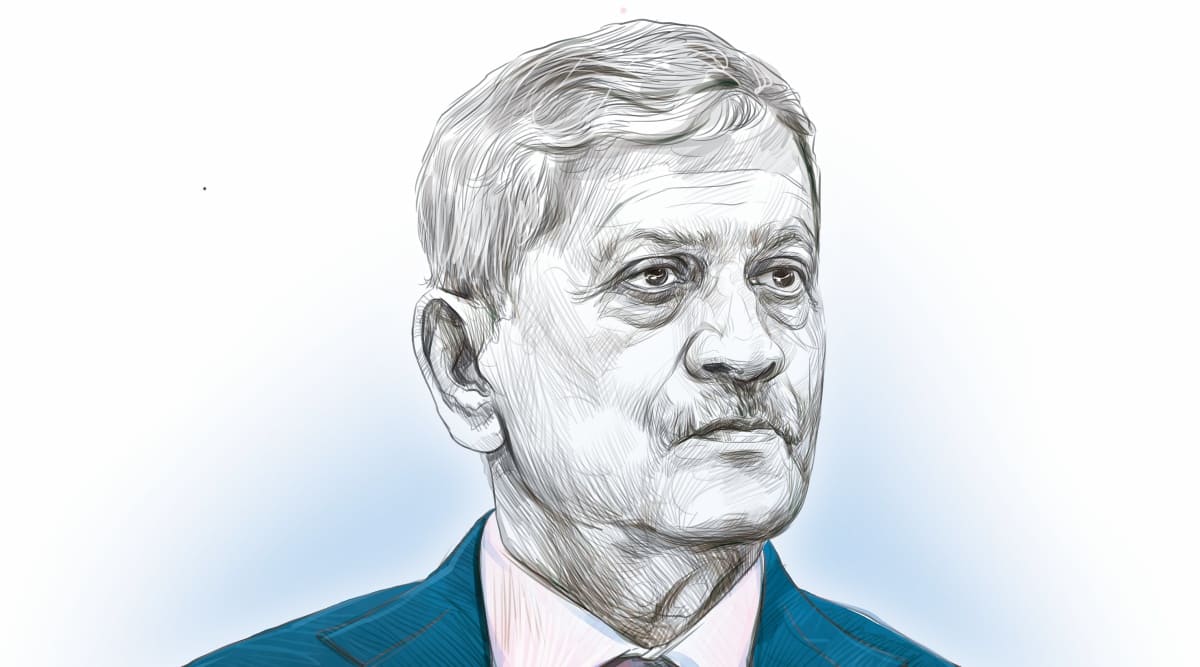 On August 26, a day before he was sworn in as the 49th Chief Justice of India, Justice Uday Umesh Lalit, speaking at a farewell function organized for his predecessor, announced his goals for his 74-day tenure at the top office – at least from setting up a constitutional bench that would last a year. will ensure smooth process of listing cases and allow lawyers to effectively ‘mention’ their cases for listing.

For those who know Justice Lalit, first as an advocate-on-record before the Supreme Court and later as a designated senior advocate, this work ethic defines him.

“There is no CJI who probably understands the hurdles of this court and registry better than Lalit. As an AOR for over a decade, he dealt with it every day. As a senior lawyer, I have a vision of what the court should be,” said a senior advocate.

Born in Solapur, Maharashtra in 1957, Justice Lalit shifted his fledgling practice from Mumbai to Delhi in 1986. This was when his father, a former Additional Judge of the Nagpur Bench of the Bombay High Court, lost his post during the Emergency and also set up a new practice in Delhi. Justice Umesh Ranganath Lalit granted bail to three minors in a sedition case in 1975, which did not go down well with the Congress government led by Indira Gandhi. The judge’s association with the RSS and its lawyers’ wing, the Adhyabhakta Parishad, did not help his case to get appointed as a permanent judge.

After serving in the chambers of eminent lawyer PH Parekh and former Attorney General of India Soli Sorabji, Justice UU Lalit started his independent practice. As an advocate-on-record, his practice took place in a modest flat in East Delhi’s Mayur Vihar. From there, he became one of the top lawyers in the Supreme Court, arguing 15-20 cases on Mondays and Fridays, when the SC admitted new cases. For more than a decade, he was amicus curiae (friend of the court) on the ‘forest bench’ hearing environmental cases.

Although his reputation as a criminal law expert who defended celebrities and high-profile clients — he represented Salman Khan in the blackbuck poaching case and Andhra Pradesh Chief Minister YS Jagan Mohan Reddy in the disproportionate assets case — preceded him, many say it’s a misnomer. .

“His father had an exclusive criminal practice but Justice Lalit’s practice was always independent of it. As a senior lawyer, he had mixed cases, perhaps more civil than criminal,” said a lawyer who was a contemporary of Justice Lalit.

Despite his rich, famous and powerful clientele – from former Punjab chief minister Amarinder Singh to former UP chief minister Mayawati, Congress leader Navjot Singh Sidhu (then with the BJP) and superstar Salman Khan – as a lawyer, the shy and reticent Lalit probably never did. Talked to the media.

In 2014, he became a judge of the Supreme Court – only the second CJI to be elevated directly from the Bar to the apex court bench. The first, Justice SM Sikri, created history when he presided over the 13-Judge Kesvananda Bharati Bench in 1973 which delivered the landmark judgment outlining the doctrine of the basic structure of the Indian Constitution.

A deeply spiritual man, Justice Lalit is known to participate in Ganesh pujas and visit temples of Sufi saints. Few people know that for more than 30 years, he has been making an annual pilgrimage to ‘Baba Ki Darga’, a temple in Civil Lines, Nagpur where he offers his services. Moments after Justice Lalit took the oath, he sought the blessings of the dargah keeper seated next to him at the Rashtrapati Bhavan.

“He is not a Delhi lawyer who does networking and name-dropping. His day always started very early – to court chambers, then back to chambers. There is no media, no spotlight on him and certainly no political organization,” said a former colleague.

In court, Justice Lalit insisted on recording the names of lawyers in his orders and addressed almost everyone before him — from Ram Jethmalani and Fali Nariman to young lawyers — as ‘sir’ and ‘ma’am’.

Justice Lalit announced another reform which, to the chagrin of some lawyers, will see court proceedings begin at 9 am instead of the usual 10.30 am. Justice Lalit himself came early to the court to use the gym before the day’s work began.

As the Supreme Court’s most senior judge, he is known for his work with the National Legal Services Authority, particularly during the pandemic, on access to legal aid for litigants. During his tenure as an SC judge, Justice Lalit was part of some important interventions including reforming the death penalty system. His record on criminal matters such as bail and procedural safeguards is mixed.

In 2017, he was part of two benches, including Justice Adarsh ​​Goyal (since retired), that cited misuse of special laws that prohibit atrocities against SC/STs and illegal demands for dowry. In both cases, the bench established “procedural safeguards” against abuse that were criticized for diluting special laws without any empirical assessment of abuse. Both judgments were subsequently reviewed by passing an amendment to roll back the effect of the Scheduled Castes and Scheduled Tribes (Prevention of Atrocities) Act.

Now, as Justice Lalit works on his mission, which includes starting tomorrow, a five-judge constitution bench hearing some long-pending cases, his eye is on the clock — he is due to retire on November 8.

“It is true that this is a short term. But I don’t consider it because perceptually, in my opinion, it’s as good and as big an opportunity as the tenure can (offer)…it’s an opportunity that’s been given to me. I will make the most of it, in terms of keeping certain things that I think are healthy practices,” Justice Lalit told The Indian Express in an August 14 interview.