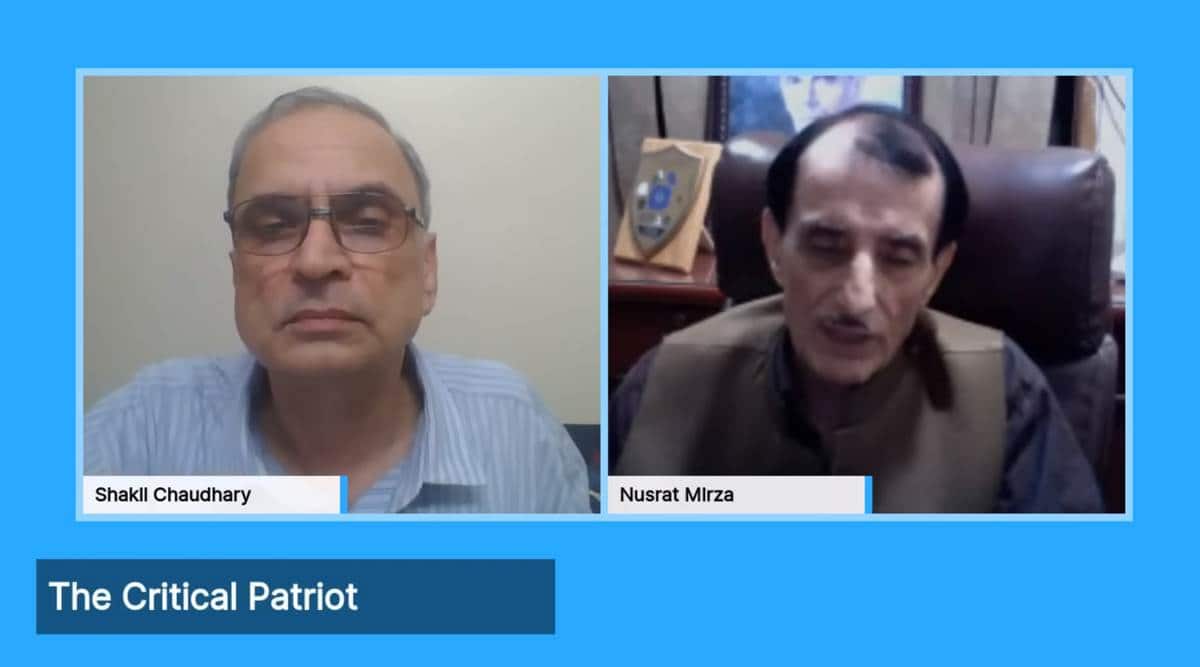 Karachi-based Nusrat Mirza, who writes columns in Nawa-e-Waqt and Jang newspapers and now hosts a show on TV, is known as a “name dropper” and “self-projector” in Pakistan’s media fraternity.

On Wednesday, BJP spokesperson Gaurav Bhatia targeted Ansari and cited “television reports and social media” to claim that Mirza had said that Ansari had invited him to India and shared sensitive and confidential information – allegations which Ansari rejected, calling it a “litany of lies”. called .

Bhatia appears to have made these allegations based on an interview of Mirza by Pakistani YouTuber Shakeel Chaudhary.

In the interview, Mirza made two passing references to Ansari, but did not say he had any conversations with the then vice president.

In the first reference, he said he went to Delhi and attended a conference on terrorism “in 2010, when Hamid Ansari was vice-president”.

In response to the BJP’s harassment of him, Ansari said that on 11 December 2010 he had inaugurated the ‘International Conference of Judges on International Terrorism and Human Rights’, for which the organizers had drawn up the invitee list, and that he had not invited or met Mirza.

In the interview, Mirza again referred to Ansari when he said that he had met many “Congress leaders”, including Ansari. But he made no specific mention of meeting and talking to Ansari.

Mirza did not respond to phone calls and messages from The Indian Express seeking comment.

Presenting himself as an “India expert”, Mirza told the interviewer Chowdhury that he had visited several places in India, that he had a seven-city visa to India and had visited in 2005 and 2006.

More than once during the 50-minute interview, Mirza lamented that “no one” in Pakistan took his knowledge and experience of India seriously, and that perhaps with time, his contribution to strategic affairs would be realised.

He was responding to Chaudhry’s question that if India is indeed such an existential threat to Pakistan, why are there no Pakistani “India experts” who have studied all aspects of the country? Mirza said that he knows about India, Indian Muslims and can count many friends among them.

He said that after a tour in 2006 in which he visited several cities, Pakistan’s foreign minister Khurshid Kasuri — who he claims Kasuri got him a seven-city visa for India (typically Pakistani visitors at the time only got three-city visas) — suggested . He conveyed all the information to the then ISI DG Ashfaq Parvez Kayani.

“I said I’m not going to meet Kayani, you can pass it on to her,” Mirza told Chowdhury, claiming that a few days later, she received a call from “a brigadier” who asked her if she had more. Whether there is information. “I told him haven’t I given you enough, work on it.”

Pakistani journalists expressed disbelief that “a non-entity” like Mirza had spoken to Kasuri. A regular of Kasuri’s inside journalists told The Indian Express that he had never seen Mirza or heard Kasuri speak about him. “His whole story falls flat right there,” says one veteran journalist.

Chowdhury, whose interview appeared to be an attempt to refute some of the theories Mirza puts forward in his talk shows and columns, said he got the “distinct impression” that his guest was “name-dropping” and “trying to present himself as someone” who He knew more than that.

In the interview, the YouTuber reminded Mirza of the columns in which he claimed that the 2005 earthquake and the 2010 floods in Pakistan and the 2011 tsunami were engineered by “Ameriki” (Americans).

Mirza said he stood by what he said then because the US wanted to control the world through “climate change”. He also cited the US military’s HAARP surveillance project as causing the disaster. As eminent scientists like Parvez Hudbhoy refuted it, Mirza said he did not care about “any Hudbhoy” and he was right.