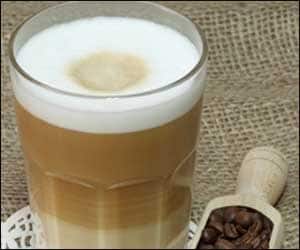 Forget dinner after that cold iced coffee with friends, because one expert says some of these cold coffees have more calories than a steak and chips dinner.

Dr. Rachel Thompson found that women who drank this drink were consuming a quarter of their recommended 2000-calorie daily intake.

And consuming these calories increases their chances of becoming obese, which can lead to cancer, heart disease and diabetes.

And he found that Starbucks’ Dark Berry Mocha Frappuccino with the largest venti size paired with whipped cream had the highest number of calories, at 561.

A double chocolate frappé and a mocha frappé latte with sugar and semi-skimmed milk at Cafe Nero have 483 calories.

And the highest at Costa was the 332-calorie Massimo Coffee Frescato, which contains vanilla-based sugar syrup.

Thompson’s research found that most iced coffee drinks have more than 200 calories.

The Sun quoted Thompson as saying, “A quarter of women have an iced coffee with their daily calorie allowance.

“There are some iced coffees on the market that are low in calories so it’s worth shopping around. We’ve got one that has only three calories,” he added.

Meanwhile, Starbucks said it has some low-calorie iced drinks available.

A spokesman added: “We believe our customers want value and choice.”