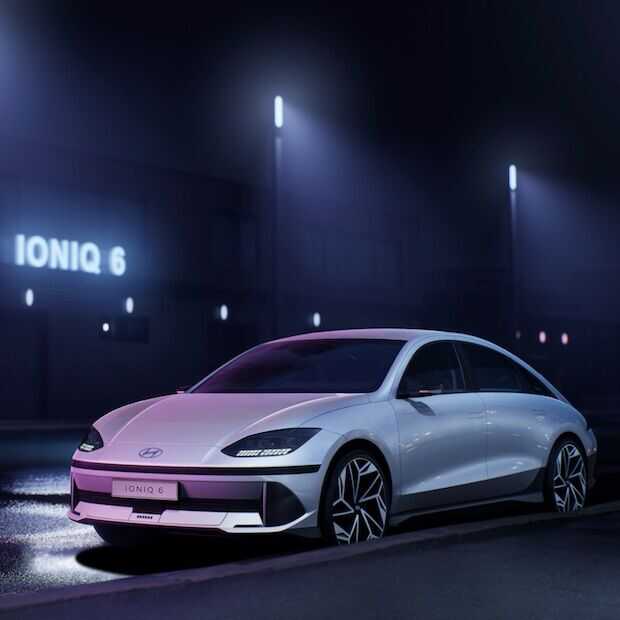 The range of EVs is growing day by day, it seems. And it is no longer just electric ‘cross over SUVs’ that see the light of day. Earlier this week, Volkswagen showed the ID.AERO. Today it is Hyundai’s turn to present a new electric sedan.

Ioniq 6 sees the light of day

The Korean manufacturer unveiled the Ioniq 6. It stands on the same platform as the Ioniq 5 launched last year and is also a long-range EV, with a WLTP range of just over 500 kilometers. This is partly due to the particularly low air resistance. The Ioniq 6 does it in that area, a cw value of 0.21, even slightly better than the VW ID.AERO with a cw value of 0.23.

What is special is that Hyundai, in its own words, was inspired for the design of the Ioniq 6 by the flowing and round shapes of cars from the 1920s and 1930s. They weren’t exactly known for their ultra-low air resistance. Design from 100 years ago with the advancing insight of the intervening 100 years, shall we say.

Hyundai has based the Ioniq 6 on its new Ethical Uniqueness design. The manufacturer emphasizes sustainable mobility and environmental responsibility. It is also striking that with this new EV Hyundai says goodbye to buttons for operating the windows and adjusting the mirrors, so that more interior space is created.

The dashboard of the Ioniq 6 is largely formed by two 12-inch touchscreens, divided between a 12-inch full-touch infotainment display and a 12-inch digital cluster. Yet the EV also has many physical buttons. According to Hyundai, this is mainly a safety choice. Operating, for example, the air conditioning via a touchscreen while driving is less safe than ‘old-fashioned’ buttons.