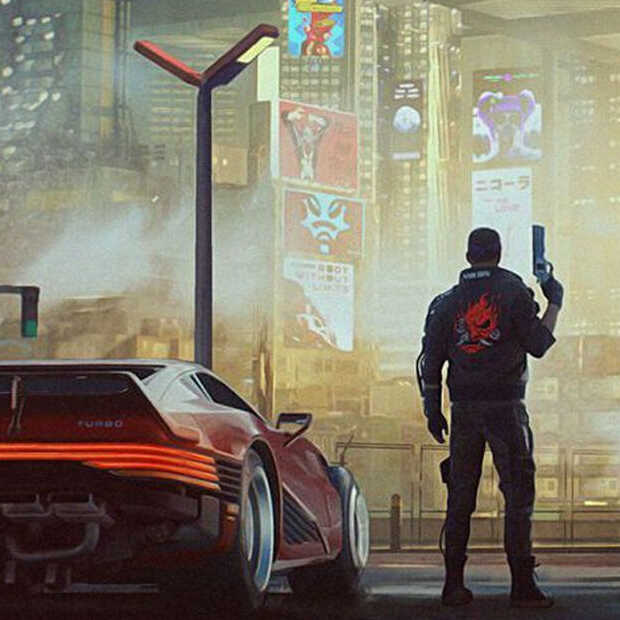 When Cyberpunk 2077 came out in 2020, it wasn’t exactly an easy release. After extremely hard work by the developers of the Polish CD Projekt Red, the game was still full of bugs and was practically unplayable on consoles. The studio even had to give money back to disgruntled gamers. The game has now been thoroughly polished and thanks to the successful Netflix series Cyberpunk Edgerunners, it is still experiencing the popularity it deserves.

It has been talked about since 2014: Cyberpunk 2077. Initially, CD Projekt Red did not reveal much about it, but in the end even Hollywood actor Keanu Reeves was brought in to hype the game as much as possible. The promise was there: a completely new game from a much-loved studio (the studio behind The Witcher), which was also set in a world like we know from Bladerunner. Cyberpunk: A new world where mechanics are becoming even more important and where people are perhaps more estranged than ever.

The trailers looked good and it was difficult for many gamers to wait for the release. In the end, however, it turned out not to go smoothly. The game appeared after delays – and even death threats against the studio – but it was full of bugs. This was not only due to impatience: the studio also did not deal very well with stereotyping and some employees had expressed themselves rather homophobic. Plus: the studio promised never to go for crunchtime, but that turned out to be the case: before the game came out the developers had to work 6 days a week.

What finally appeared, despite all that work and hassle, was a disaster. Game journalists who wanted to review the game on console didn’t even get a review code. Upon release, it soon became apparent how that happened: on the PC the game ran okay, but on consoles it was a drama. The game was broken on all sides: unplayable. It crashed, it glitched, it sometimes caused missions to never be completed due to technical problems. Sony even decided to remove the game from PlayStation Store and people could request a refund from CD Projekt Red. Dramatic, because the listed company also had to deal with a lawsuit by investors.

In recent years, a lot of work has been done on the game to make it more playable. However, there is something else that really put the game back on track, namely the new anime series on Netflix. This Japanese form of animation is very popular on Netflix anyway, but the series Cyberpunk Edgerunners got people glued to the TV not only for the series, but also for gaming. One after the other Cyberpunk 2077 downloaded and it also got downloadable content dedicated to the anime. On PC there are suddenly 100,000 people playing Cyberpunk at the same time. It is now even about 1 million (!) per day.

It’s emotional for the people who worked so hard on the game. People who have fallen hard and who have had to struggle enormously with themselves, with their work and with their love for the profession. Game director Pawel Sasko said it beautifully last week: “It’s hard to explain when you put so much love and work into something. For some of us it took 6, 7 sometimes even 8 years. To have this moment right now, when people like what we’ve made, feels a bit unreal. That people finally appreciate it. It broke our hearts, but it’s f*cking good to be back.”

Welcome back, CD Projekt Red. At the moment it is already working on the next games, including a brand new Witcher game.