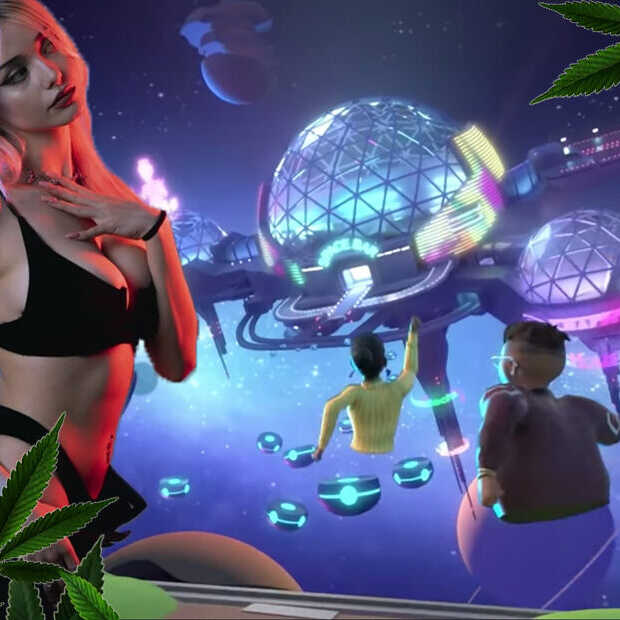 Previously there was a big ban, but now it is allowed. A little more sexual content, a little more alcohol content: it is now allowed on Horizon Worlds, the metaverse of Meta. Not everywhere, but only in the new section that is only intended for 18 years and older.

Within Horizon Worlds you can create spaces yourself in VR and that can now also be a sultry nightclub. An 18+ option has appeared in the user-created worlds. You can wonder how intense that can get at all, because avatars within this virtual paradise have no lower body.

In addition, Meta has adjusted its policy, so that it is no longer explicitly stated that sexual content, violent content and content about illegal products such as weed are no longer allowed. As a maker you have to make sure that your world has the right label. If you don’t, then it’s a world for 18 years and older anyway.

Free from god? Not quite. For example, you may not put pornography or nudity in your world, only the suggestion of nudity or sex. Putting people in certain positions is not allowed, nor is sexual provocation. The latter is nice, because otherwise it would clash with other policies that Meta previously introduced in Horizon Worlds: a large personal bubble to ensure that people cannot assault your virtual character.

In terms of illicit drugs, it is now possible to have an 18+ world that is all about weed, alcohol, tobacco or gambling, but you should stay away from hard drugs and prescription drugs. A virtual character completely bludgeoned with blood, broken limbs and rancidity? That’s okay. As long as it’s not real life violence. So big changes for Meta, which offers considerably fewer options on its social media platforms Facebook and Instagram. One nipple is still too much on Instagram.

On the other hand, things like this remain very personal. What is enormously sexually explicit for one person, the other shrugs his shoulders with a yawn. Weed is illegal in the United States, but it is still tolerated in the Netherlands. Unfortunately, Horizon Worlds is still not available in the Netherlands at the moment, but it is an interesting question: in this new virtual world, whose rules should we follow? That is ultimately up to the moderators of Meta, who play an essential role in the image of the metaverse.

One thing is certain: it is an exciting choice from Meta. On the one hand, it wants to keep its metaverse as safe and accessible as possible, but at the same time it is now introducing options that raise questions about security. People are always afraid that virtual violence in games will lead to real violence (and there are studies that support this as well as strongly contradict it). It is also questionable to what extent a 12-year-old can indeed not reach those 18+ pages. You can undoubtedly find a smart workaround for it.

It remains to be seen when Horizon Worlds will get a wider rollout. Most likely, Meta will first want to wait until it introduces its new Meta accounts in August. In addition, Horizon Worlds is set to come to mobile devices later this year, meaning it will no longer be just a virtual reality party. At this time, Horizon Worlds is only available in English-speaking areas. And, as may be clear, for all ages.