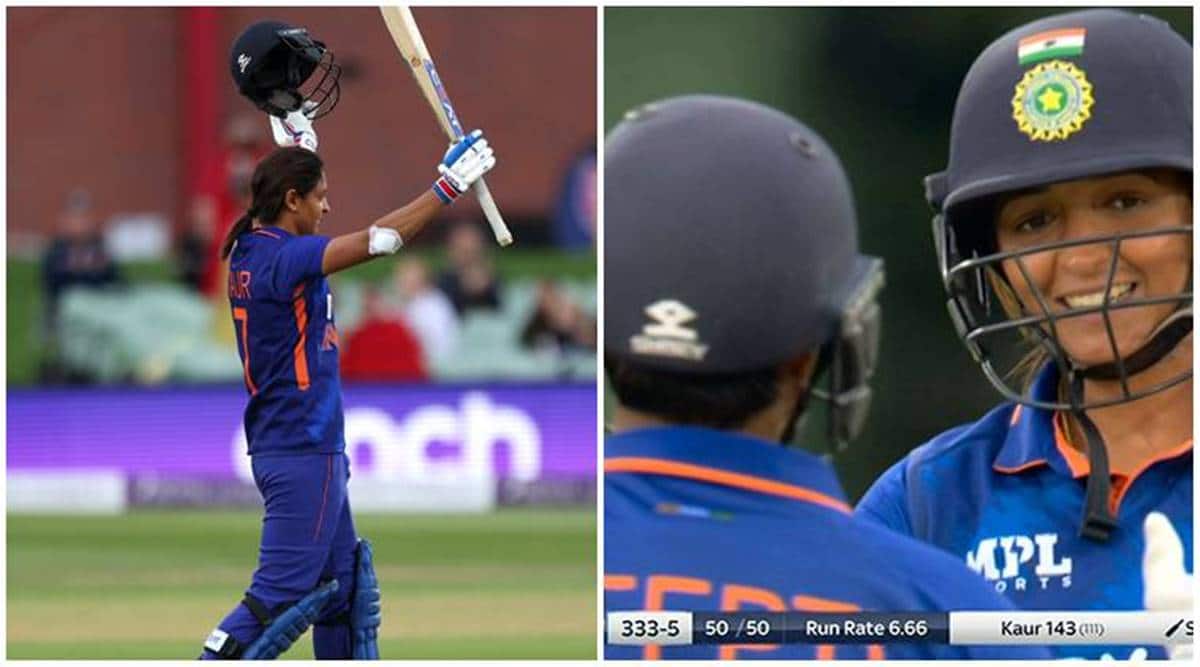 Leading from the front, the India captain hammered 18 fours and 4 sixes in a blistering knock which drew a standing ovation from a mesmerized audience.

At one stage, Harmanpreet was batting on 100 with three overs left for the Indian innings. From there she launched a stunning attack to hit 43 runs from 11 balls.

What followed was absolute carnage as India finished on 333/5.

The duo are now second on the list of India batters with ODI centuries in women’s cricket.