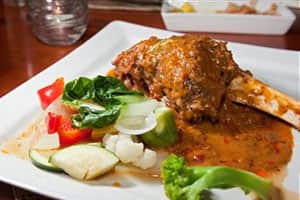 Where to find the best finger-licking Indian food in Britain? A competition to judge Britain’s Curry Capital 2010 has gone down in Glasgow, beating off stiff competition from Bradford, Leicester, Birmingham and Wolverhampton, after several cities prepared an elaborate tie-up for months.

As Indian food fans flocked to the honor in Glasgow, there was a mood of dismay in Leicester and other cities, where Indian food is a big draw and money-spinner, despite the recession and credit crunch.

Organizers said it was very difficult to split the top five but added that Glasgow won because of the “overwhelming enthusiasm” of its restaurants.

Peter Grove of Mood Food magazine said: “Food-wise it was very tight but in the end it was down to the great efforts of Glasgow’s restaurants.

“They raised lots of money for charity and even made curry pies to sell at the town’s football ground.”

Disappointed that Leicester didn’t make it, Syed Rahman, who runs India Cuisine, said, “It’s very disappointing for us because I strongly believe that Leicester offers better quality food than any other city.”

Another restaurateur Faizur Chowdhury said, “It’s a shame but I still think Leicester is a great place to eat curry. It’s good. I’ve worked in Manchester, Leeds and Birmingham but we’re still the best city.”

In Bradford, which came second, restaurateurs insisted that Bradford produced the best Indian food in Britain.

“There is no curry in the UK like Bradford, the best curry is here. We are still the best in England. I think Bradford is still the curry capital. Faisal Hussain, Manager of ‘Shimla Spice’ said, We have got a definite opportunity next year.

Mohammad Aslam, executive chef and managing director of Agra Group of Restaurants, said: “Britain’s obsession with spicy Asian cuisine has reached new heights and when it comes to curries, Bradford is the culinary hot spot for the country.”

Birmingham, famous for the ‘Balti Triangle’, came fifth in the race.

The competition is being run for the first time since 2007 as part of National Curry Week, and restaurants are judged on a range of criteria.

Food and service standards as well as cleanliness levels were evaluated at each location.

Each council also presented reasons why their city should win the title.