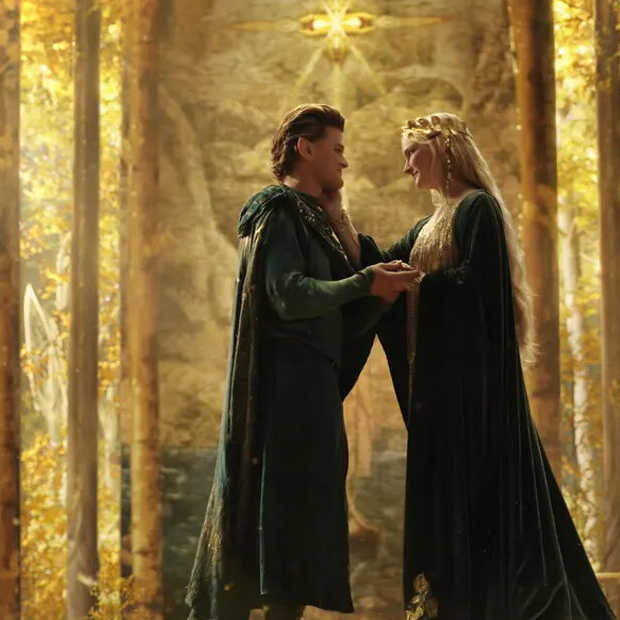 Amazon is making a Lord of the Rings spin-off costing $1 billion to make. The Lord of the Rings: The Rings of Power is out tomorrow and here’s why you should definitely check it out: it’s not just because of the huge production costs.

The Lord of the Rings: The Rings of Power

We know The Lord of the Rings, of course, as the film trilogy that put director Peter Jackson even more on the map. How he created Middle-Earth, how he managed to weave that story together with so many different characters: it is brilliant. Things that are brilliant are often hard to match. There is therefore a lot of pressure on the shoulders of Amazon, which has been working on the series for years now, through corona. But now the time has come: tomorrow on September 2, The Rings of Power will be released. This is why you should definitely check it out.

A series like The Lord of the Rings contains a lot of new worlds and they all have their own mysteries. In fact, the whole Smeagol-Gollum relationship is a mystery in itself! The same can be seen in Amazon’s The Rings of Power. It has that typical fantasy mystery, where people have to hide things from each other, or even from the public… It certainly keeps you glued to the tube.

The early reviews are very positive

Although the general public will have to wait a while, the first reviews are very positive. Even people who were initially extremely critical of the idea have now completely changed their mind. The Rings of Power is well put together, as it turns out. For example, there is a lot of praise for the characters in the series and they are of course essential to get the story across.

You can see that 1 billion

Okay, okay, the fact that so much money has been put into it may not be a reason to watch a series, but you can really see it. Especially in a fantasy series, in which you have to be a little extra convinced to be drawn into that world. Beautiful costumes, beautiful sets and of course excellent computer animation should help to bring a series to life and it certainly does with The Rings of Power, as we can also appreciate in House of the Dragon, the Game of Thrones spin-off which first appeared two weeks ago.

The soundtrack is awesome

Everyone can dream of the Game of Thrones tune, or that of Friends or even Good Times Bad Times. If a series has a good tune, it’s an earwig for the rest of your life. The soundtrack of this series is also very good. Exactly the fantasy sounds you’d expect, but new enough to stand out. It has a lot of drama and it’s not surprising that the introtune was written by the same man who wrote the music for The Lord of The Rings: Howard Shore. A pleasure for the ear.

You can’t binge it

Although the first two episodes are already on Amazon Prime Video tomorrow, it is nice that the entire season does not appear online in one go. While we’d love to binge more, it’s better to get them one by one. That gives you another week to think about it and in the end you enjoy it more than if you mindlessly consuming one episode after the other. Take it easy, let that brain muse for a while, and above all: enjoy weeks in a row instead of running through everything in one go.