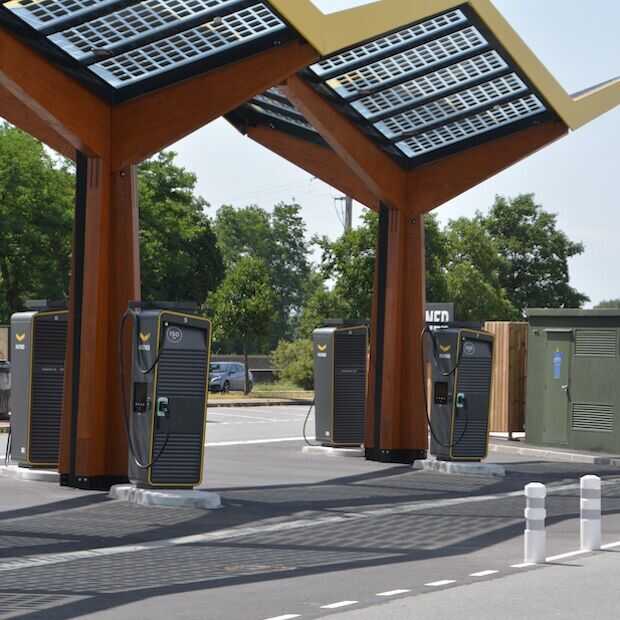 We are far from over, the energy crisis. But there has been a positive development in recent weeks. Gas and electricity prices on the world market are falling steadily. And that now also affects the rates for electricity at the ‘EV pump’. Since yesterday (November 1), anyone who connects his electric car to the fast charger at Fastned no longer pays 83 cents per kWh. The new rate is now 74 cents for a kilowatt hour.

Fastned, of course, cites the falling prices on the energy market as the reason for the decline. In any case, it is good to see that if the rates can go down again, they will actually go down. The new rate at Fastned applies to the Netherlands, Belgium and Germany. Incidentally, it is the so-called ‘pay-as-you-go’ rate for customers who do not have a Fastned subscription. Prices for Gold Members are also falling, as they receive a 30% discount off the standard (pay-as-yo-go) kilowatt price.

With the fall in prices, a large part of the price increase that was implemented in September – from 68 to 83 cents – has been negated again. Of course we also have to take into account the fact that until January the VAT on energy has been reduced by the government (as compensation). That compensation (9% VAT instead of 21%) will expire on January 1, 2023, so there is a very good chance that the prices at the EV pump will rise again.

In addition to the three countries mentioned, Fastned customers in Switzerland now also pay less for a kWh. The rate in that country falls from 0.83 Swiss Francs to 0.69. Fastned also says that the company will assess the developments in the energy market each month and whether or not it will adjust the rates on the basis of this.