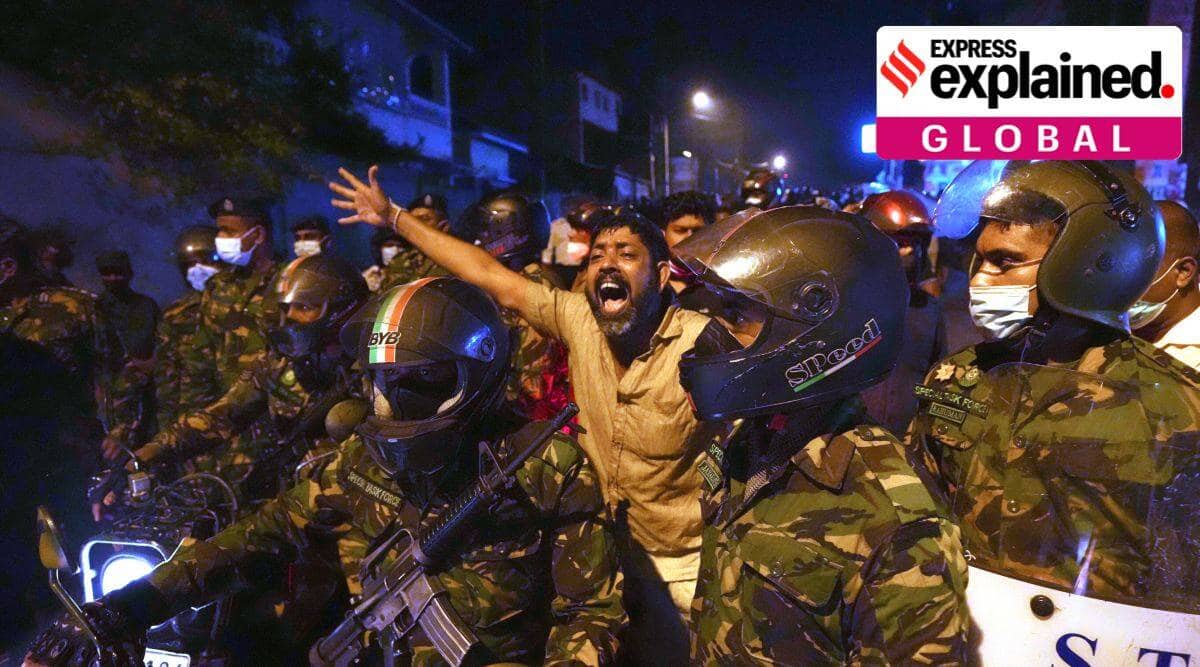 Both leaders said they would resign but no one took that step until late tonight. Both are missing and there is no political advantage or legitimacy to call for peace and tranquility even from the security of their hiding places, Colombo is now effectively without a government.

Late at night, Speaker Mahinda Yapa Abevardhan said in a televised speech that President Rajapaksa had informed him that he would resign on July 13.

It is not clear whether the full moon day or poya, as it is called in Sinhalese, has anything to do with the Rajapaksa’s preferred date. The full moon of July is celebrated as Esala Poya in the Theravada Buddhist calendar, commemorating the first sermon of the Buddha and the establishment of the Buddhist Association.

Whatever the date choice, at the moment, even a few hours seems like a long time in Sri Lanka, not to mention four days.

President Rajapaksa has not been seen in public since he was expelled from parliament on Tuesday (July 5th). He was not present at the president’s home when protesters stormed the Dutch-built residence used by colonial governors and bathed in its swimming pool, ate in the kitchen and took selfies on an old four-poster bed.

Rumors spread that Rajapaksa had fled the country on a naval ship or by air on Saturday or was in hiding in a military camp. Throughout the day, there was also no word from his brother Mahinda Rajapaksa, who was removed from office just two months ago, on the day of the May 9 violence.

Prime Minister Ranil Wickremesinghe, who attended an all-party meeting called by the speaker, appeared to have been taken safely after protesters began gathering at his official residence, Temple Tris, and later set fire to his private home nearby.

Early in the day, the police were overwhelmed that a large number of people were flowing for a huge protest in the capital that had been a few days of planning. According to some estimates, it was an assembly of 8 to 10 million.

In many places, the Sri Lankan military, cherished as Gotabaya Rajapaksa’s favorite child after its 2009 victory over the LTTE, has largely moved aside to walk among the protesters. However, there are also incidents of firing by soldiers.

At all the parliamentary party meetings, Bikram Singh said he was “willing to resign” and paved the way for an all-party government. And he “agreed” to this recommendation of the opposition leaders. Gotabaya Rajapaksa said he would also resign as per the wishes of the all-party conference.

Sri Lanka’s economy is now hanging on a thread, and the government is completely dependent on the power of its political class to come up with a system to run quickly. International aid agencies say about 7 million Sri Lankans, or one-third of its population, are facing starvation because food supplies are running out or most are out of reach. Sri Lanka is now completely out of fuel and has raised hopes on two more shipments of fuel from India, the first of which is expected to arrive in the middle of next week.

The new government will have to negotiate with the IMF. The head of the World Food Program is coming to Sri Lanka next week, Bikresinghe said.

Various proposals were put forward by the parties at the conference, including that the speaker could lead an interim all-party government and later call parliament for presidential elections. The majority agrees that the president and prime minister must resign before an interim or caretaker government can be formed.

To get involved with the IMF and to negotiate with the head of the World Food Program, a new government will have to come into office who will be coming to the island soon. All have that schedule – but then everything else is in the air.