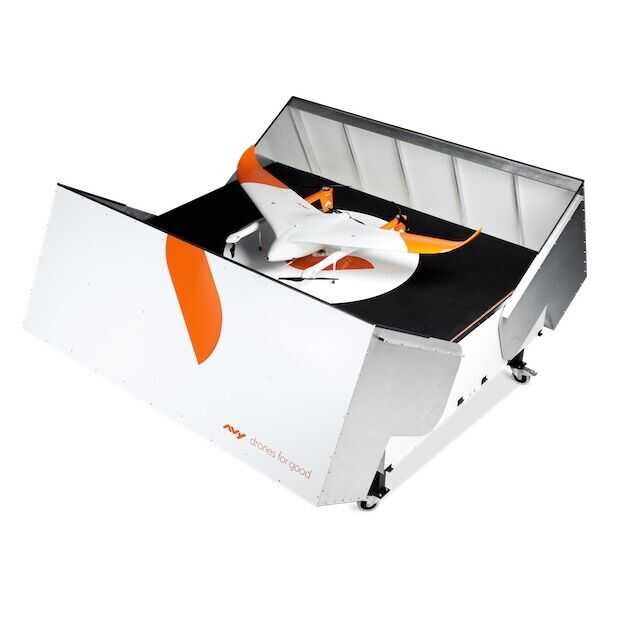 One of the advantages of the corona pandemic, as far as you can talk about it, was that there were a lot less (read: virtually no) traffic jams. Not only during the lockdowns and curfews, but also between the pandemic waves. Working from home seemed to become the new ‘New Way of Working’. Now that Corona seems to be finally under control, the traffic jams are back in full force. This not only leads to annoyance among commuters, transporters and other road users. It is also a problem for hospital medical transports. And we don’t mean patient transport, but the transport of medical materials such as blood samples and biopsies. However, a high-tech solution has been working – and tested – for some time: autonomous flying drones that provide a shuttle service between the various hospital locations.

The drones that will be used for the medical transports will be built by AVY. They have a range of almost 100 kilometers and a maximum flight speed of 80 kilometers per hour. That includes a maximum of 3 kilos of cargo. The compartment in which the medical equipment is located is insulated in such a way that the contents cannot freeze or become too hot.

The batteries of these drones still have to be replaced when they are empty, as we know from other (small) drones. Ultimately, the intention is that the drones will have a take-off and landing platform where they will be charged wirelessly when they are stationary.

There are already hospitals, such as the Isala in Zwolle, that have been successfully testing the use of drones for such transports for a long time. The Zwolle hospital wants to start a drone shuttle service for medical transport between Meppel and Zwollen at the beginning of 2023. The next in that row is the St. Antonius in Utrecht. The use of medical drones is therefore also being investigated there.

The hospital does this in collaboration with the Medical Drone Service consortium, founded by PostNL and ANWB Medical Air Assistance and technically supported by KPN and drone builder AVY. The St. Antonius Hospital has now also joined the consortium as a medical partner, in addition to Erasmus MC, Isala, Sanquin, Certe, Resultlab and Amsterdam UMC.

The aim of the consortium and the drone builder is to set up a national Drone Response Network, not only for medical transport but also for providing first aid.