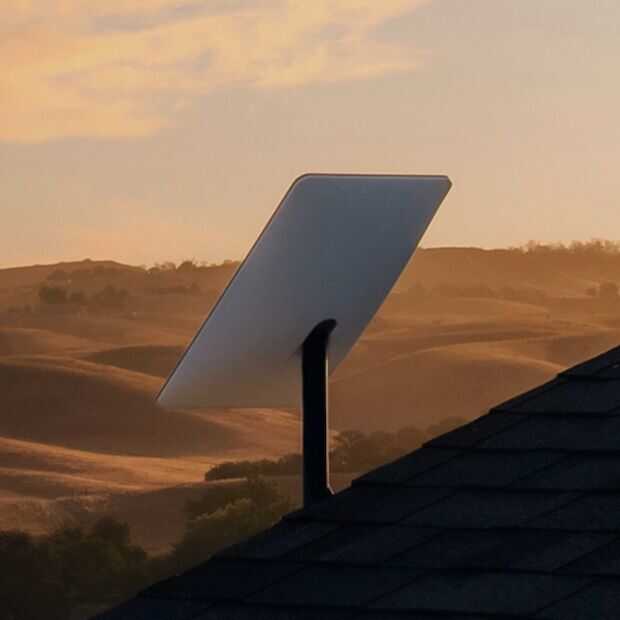 ‘Shit, my data bundle is gone!’ A cry we hear less and less these days. Especially when you use a fixed internet connection. The limiting factor is at most the bandwidth, not the data usage. That will soon change for Starlink customers. They will have to deal with a data limit from December, for the time being only in the US and Canada. At 1 Terabyte per month, it is fairly generous, but still.

The data limit does not apply all day, by the way. It goes like this. From next month, Starlink customers will receive 1 TB of data that they can use during the so-called peak hours (from 7 o’clock in the morning to 11 o’clock in the evening). Starlink calls this the ‘Priority Access’ data. Everything that is used in data outside those hours does not count towards the 1 TB limit.

Customers who reach the limit will be reverted to ‘Basic Access’ for the rest of the month during peak times and at extremely busy times their data will be processed with the lowest possible priority. You can also buy Priority Access, which will soon cost 25 cents per Gigabyte.

According to Starlink, the measure, which is part of the new Fair Use Policy (FUP), will not affect many customers. The satellite internet provider speaks of less than 10 percent of all users.

This means that the data limit seems to be primarily intended to bring extreme data users to order. Exactly as (mobile) internet providers used to do here very often. FUPs still exist, but they are only used in exceptional cases to bring customers to order, for example by sending an invoice for ‘out of bundle use’.

While it’s quite reasonable for exorbitant use, setting a data limit doesn’t really fit with the most recent changes Starlink has made. Ok, recently owner Musk complained that he would like to see money for the ‘free’ distribution of Starlink subscriptions in the Ukraine, but he quickly withdrew that complaint when half the world had made its surprise about it clear.

But looking at the past few months, Starlink has actually enriched its services, with more bandwidth, and lowered the rates, in many countries. That was necessary in itself, because Starlnk is not exactly cheap. Of course, if you live somewhere where there is no internet coverage at all, then Starlink is a great alternative. However, the service is also offered as a broadband internet service in countries where there are sufficient alternatives. And then Starlink is an expensive solution. Anyway, they were on the right track there at Starlink. Hopefully the data cap is a (temporary) hickup in that strategy.