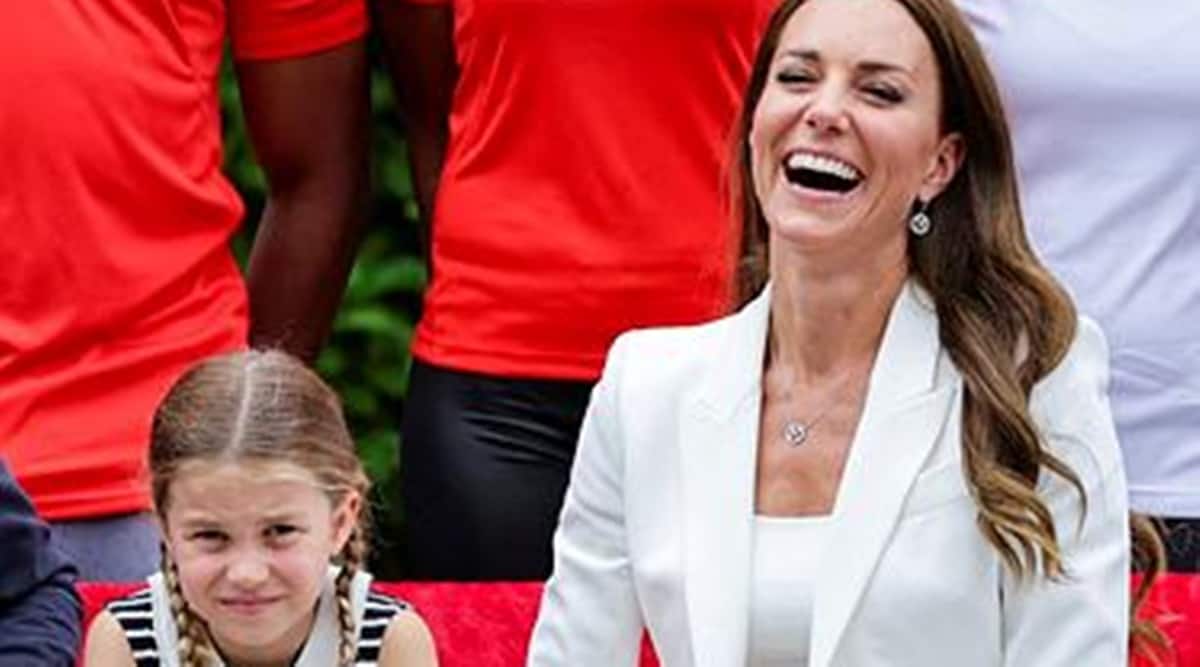 Recently, when Prince William and Kate Middleton’s first child Prince George was out during the Wimbledon 2022 match, it made for many cute moments that were caught on camera for the world to see.

The little boy – who will one day succeed his father, the Duke of Cambridge – to the throne – was dressed in a suit and tie. Fans of the UK royal family have noticed that the eight-year-old, in addition to being like her father, has begun to fulfill royal duties through her public appearances.

Now, the Duke and Duchess’ second child, Princess Charlotte, has followed suit. The seven-year-old was spotted with her parents at the ongoing Commonwealth Games in Birmingham, where she looked adorable in two braids.

The trio were all smiles watching swimming, hockey and gymnastics competitions. While Kate sported a white-on-white look with an Alexander McQueen top, a matching blazer and pants, William opted for a navy blue blazer and faded blue shirt, which he wore over a pair of white pants.

William, Catherine, Duchess of Cambridge and Princess Charlotte of Cambridge arrive at SportsAid House at the 2022 Commonwealth Games in Birmingham. (Chris Jackson/Pool via REUTERS)

But, their middle child Charlotte stole the show in a black and white striped dress and pigtails. According to reports, the Peter Pan dress was from Rachel Riley’s children’s clothing brand. As he pulled many faces in the crowd, cameras captured his antics and it made for entertaining photos.

Much like her brothers, at some point, Charlotte looked up to her parents.

Three of them visited SportsAid which, according to a BBC report, supports young athletes. Here, the princess placed a medal on the medal board.