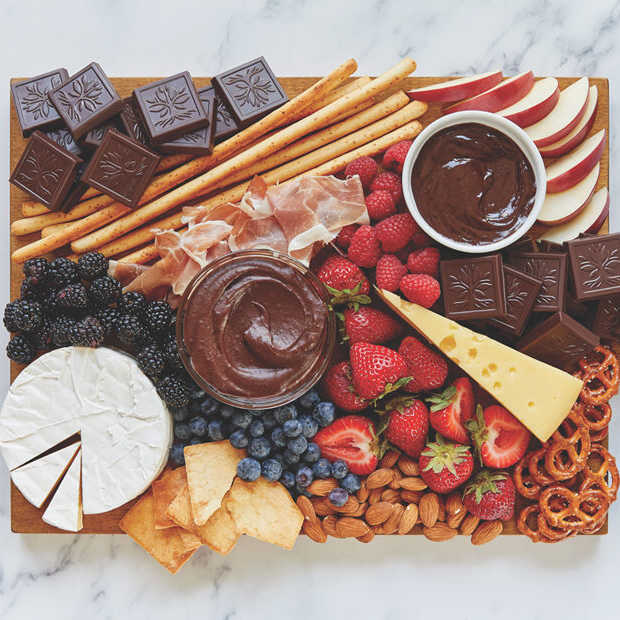 You see it very often on the video platform TikTok: a board party. This is a must-see eating trend on the platform. It’s kind of a new idea of ​​’bring your own’, but to share. One person makes a whole plate or a whole plate with, for example, croquettes, another with fries and it all comes together at a board party. Even brands are now walking away with it.

You would think that board parties are all about board games, but that is not the case. The board party also has nothing to do with darts or extreme board sports such as snowboarding or skateboarding. It’s just a food trend. A very cozy food trend, with which you can turn every TikTok video into a party. At least, if you keep it a bit normal, because as it happens on TikTok, things sometimes get out of hand.

First let’s see how it should be. You don’t do such a board party with two people: as many people as possible walk into the room on TikTok and show what they have with them. The idea is very simple: every person who comes to the party has one and the same thing with them. One only makes sausage rolls, the other only mini pizzas with pineapple, and so on. Until now, most people are a bit on the unhealthy side: we don’t see many healthy board parties passing by, but it does look fun.

There are also more extreme variants of a board party, which are completely unhealthy. For example, there is a butter board going around on TikTok: a board that has become so popular that it has more than 8.6 million views. The board parties are a kind of extended version of shared dining: we no longer want a three-course menu: it is expensive, no one eats everything and that is why we all started sharing.

But yes, an entire cheese board spread with butter: that is not very healthy. It looks beautiful (very Instagrammable), but of course it encourages an unhealthy lifestyle. That is why some people are not so happy with the board parties. On the other hand, there are opponents for every trend on TikTok.

In any case, the charcuterie influencers don’t care much about it: even big celebrities such as Kendall Jenner dare to do it. Such a board is easy to carry and they look nice, making them perfect for generations enjoying their social media life to the fullest. Moreover, you certainly don’t need any skills to make a fun board, which makes it very accessible.

Plus, if you yourself have a group of people over the floor, you don’t have to stress excessively about the food, because everyone takes something with them. We don’t see it much in the Netherlands yet, while it could be something that Dutch people can embrace: a nice evening chatting -or playing board games- while you can grab something tasty from one of the boards every now and then.

Trend in the Netherlands

It does require some coordination. If three people take a board full of brownies, or full of croquettes, the balance in the food is quickly lost. You have to feel like it, because someone has to take the lead. But, as long as everyone is on board, this could well become a TikTok trend that will also gain popularity in the Netherlands.