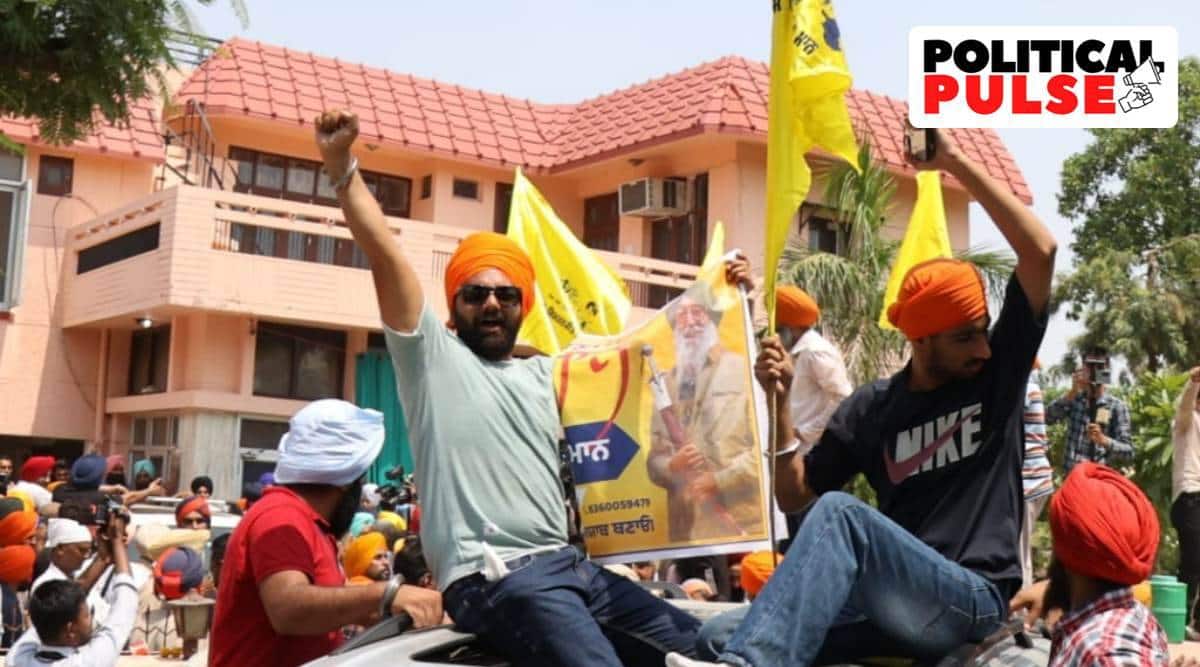 Just months after coming to power in Punjab, the Aam Aadmi Party (AAP) suffered a setback on Sunday as it lost the Sangaru Lok Sabha seat vacated by Chief Minister Bhagwant Mann to Shiromani Akali Dal (Amritsar) president Simranjit Singh Mann. . The AAP now has no members in the Lok Sabha.

In Uttar Pradesh, the Samajwadi Party (SP) lost strongholds in Azamgarh and Rampur to the BJP in the Lok Sabha by-elections. Two seats fell vacant after party chief Akhilesh Yadav and senior party leader Azam Khan were elected to the assembly in March.

In Azamgarh, where Muslim-Yadav domination helped Mulayam Singh Yadav win the seat in 2014 and Akhilesh in 2019, BJP nominee Dinesh Lal Yadav defeated “Nirhua”, a Bhojpuri actor, SP’s Dharmendra Yadav, a former MP and brother of Akhil. . With a margin of about 8,600 votes. In 2019, Akhilesh defeated Nirhua by 2.6 lakh votes. The SP then contested the elections in alliance with the BSP.

The results show that the BSP has pushed the SP’s votebank. The BSP, which lost the assembly elections in March, fielded former MLA Shah Alam alias Guddu Jamali, who came in third with more than 2.54 lakh votes. He was the only prominent Muslim candidate.

In Rampur, where Muslims make up about 52 per cent of the population, BJP’s Ghanshyam Singh Lodhi defeated SP’s Asim Raja by a margin of 42,192 votes in a straight contest. The BSP did not field any candidate, which could help the BJP get Dalit votes.

The defeat in Sangrur, just months after his landslide victory in the Punjab Assembly elections, comes as a wake-up call for the AAP. In UP, with two SPs occupying the fort, the BJP has strengthened its already-dominant position ahead of the urban local body elections to be held later this year.

Speaking at a press conference in Lucknow, Chief Minister Yogi Adityanath said that the BJP had sent a clear message for 2024 – that the party was going to win 80 Lok Sabha seats from the state.

In Punjab, the AAP suffered a crushing defeat in Sangrur, where its candidate, Gurmel Singh, lost by a narrow margin of 5,822 votes to SAD (Amritsar) president Simranjit Singh Mann, a 77-year-old pro-Khalistan leader.

Chief Minister Bhagwant Mann won his first election as an MP from Sangrur in 2014 by a margin of about 2.10 lakh votes. He won the seat by a margin of 1.1 lakh votes in 2019. The AAP won all the nine assembly seats in the Sangrur Lok Sabha constituency in the March assembly elections. Today, it lags behind in Malerkotla, Dirba, Barnala, Mehal Kalan and Vadore constituencies.

“It’s a great win for the team. We have defeated all the national teams in this by-election. I am aware of the problems of the workers, the poor economic condition of Sangrur and so I will take up all these issues, ”said Simranjit Singh Mann.

There was some rejoicing for the AAP in Delhi, where its candidate Durgesh Pathak defeated BJP’s Rajesh Bhatia to win the Rajinder Nagar assembly seat by 11,000 votes. AAP’s Raghav Chadda vacated the seat after being elected to the Rajya Sabha from Punjab.

In Tripura, Chief Minister Manik Saha has won the Bardowali seat by a comfortable margin. The ruling BJP has won three of the four seats in the state and the Congress one. Earlier, the BJP had three seats.