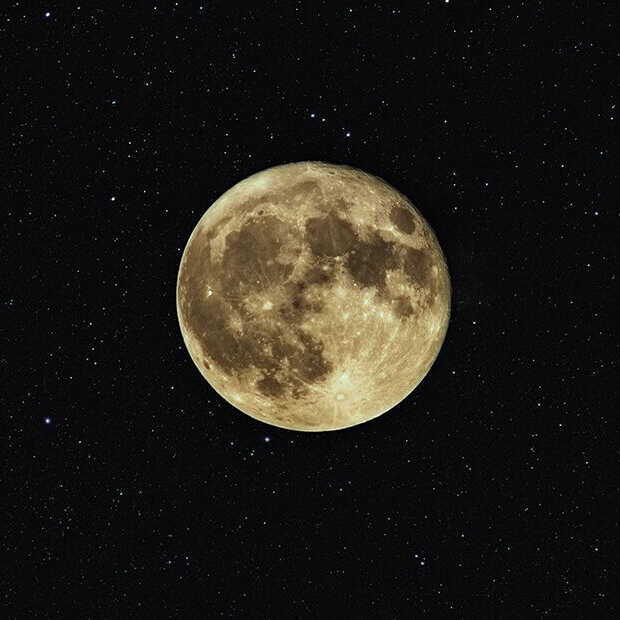 Next week it’s time. Then the first big step in the new moon mission is taken. No longer Apollo, but Artemis. The rocket has been tested, the launch site is ready and Artemis I can take to the air. Still unmanned, to do the preparatory work for two trips later: because then people will go to the moon again. But, why are we going to the moon again and why only now?

We all know the story of the moon landing. It is July 21, 1969 and American astronaut Neil Armstrong becomes the first human to set foot on the moon after stepping out of the Apollo 11 spacecraft. More would follow after Armstrong, but not many more. 12 men walked on the moon and the last footstep was taken in 1972. A footprint that is still there today, because the conditions on the moon are just like it: no wind, no crazy earthquakes: just pure silence.

Now the intention is that footsteps will soon be added, but not only from men. In communication around the Artemis missions, NASA focuses mainly on that dual goal: putting the first woman on the moon and putting the first black person on the moon. Very important missions, because these people can set an enormous example for young people who might also want to do something with science and technology. However, there are multiple reasons to return to the moon in these missions named after the Greek moon goddess.

The Artemis program is not cheap: from 2012 to 2025, the project will cost about $93 billion. So it is definitely for more purposes. One of the big, obvious goals is to do research. We have done relatively little space research on other planets and moons. The moon is scientifically very rich and there is still a lot to discover. For example, through samples from the lunar surface, we can learn more about the 4.5 billion years that our solar system has existed.

In addition, NASA hopes to make a kind of training base from the moon. The idea is to build some sort of bunkers or huts there and to learn more about what it is like to fly into deep space. Training for any other missions within our solar system. On the other hand, there are also many ‘side effects’ that are very valuable to the moon missions. Think, for example, of the technological innovations and developments that can result from this. NASA is planning to build some kind of internet network on the moon anyway. But it is also the intention that these lunar plans give us a better idea of ​​how we should deal with our own planet. The moon should not be a target, Earth should actually be the target.

In line with this, there is also a very logical connection between the earth and the moon: stones could very well have ended up on the moon from earth in the past. Stones that may contain minerals that tell us more about the origin of life on earth. The question is, of course, whether they are really there and whether we will find them. The moon is in fact quite large for a group of dozens of people to comb: it is about one fourth the size of the earth. On the other hand, technological developments can therefore do their job here: by deploying robbers we may encounter those pieces of ‘us’ much earlier. Although we have to take into account that it is exposed to cosmic rays.

There is also some unfinished business on the moon. For example, the intention was to use Apollo to measure how much internal heat is leaking from the moon. However, that experiment failed, so hopefully we’ll get a second chance with Artemis to learn more about that mysterious inside of the moon. At least if you manage to use tools on the moon, because it might be a pretty quiet moon: it’s still an unknown place in space where it’s sometimes as much as 120 degrees above zero, and then again 170 degrees below zero. You get that without an atmosphere and without air… Also something that is a big challenge for the astronauts and especially the safety of these brave people and of any upcoming missions.

For Artemis III, 13 possible locations have already been scouted by NASA. It’s all kinds of different geological locations that NASA has never been to before. Each location has a flat area where there is 6.5 consecutive days of sunlight: this allows the astronauts to stay at that location for a week. It also looks at chemical traces of water: if water ice from the moon can be used, this could mean that people stay on the moon for a longer period of time. To find out more about that, NASA will launch a rover called VIPER in 2024 to see what the possibilities are. It is then up to the astronauts to investigate this further.

How do we go to the moon? The craft to the moon is the Orion, which flies thanks to the Space Launch System. A more than 100 meter long rocket in which liquid hydrogen and liquid oxygen are burned to gain speed. Artemis I uses recycled engines that have already completed at least three space shuttle missions. All in all, it provides 3.9 million kilograms of thrust to get to the moon. The interesting thing is that Orion cannot land on the moon: by the time the Artemis III mission starts, a Starship from SpaceX is launched into orbit to take the astronauts to the moon. So make a switch.

Not just the Americans

With all the tension surrounding Artemis, you would almost forget that the moon does not belong to NASA. There are also space organizations from other parts of the world that are planning for the moon. For example, India and China are both engaged in lunar plans. There is even an Israeli nonprofit that is working on the moon, though it recently made a painful crash. However, it keeps trying. And why does NASA keep trying? That’s mainly because it offers a lot of opportunities. It didn’t last long: the Apollo missions cost 3 percent of the federal budget of the United States. It has therefore always been a question of money that made it take so long before we go back to the moon.

August 29 is the day: Artemis I will take off on NASA’s first lunar mission in many years. We have to live on that for a while: Artemis II will follow in May 2024 with Artemis III expected in 2025.