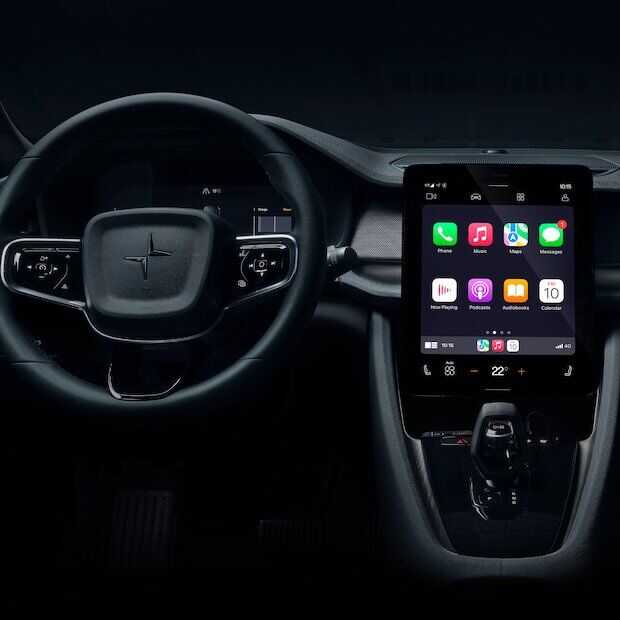 Good news for Polestar 2 riders with an iPhone. The Apple Carplay update promised earlier this month is coming. The company made the announcement in a tweet yesterday. The fact that the manufacturer of these EVs, part of the Swedish Volvo, will offer Apple Carplay support is special in itself because both Polestar and Volvo have so far fully committed to Google, and therefore Android.

Apple Carplay support will be activated through a software update that Polestar will roll out in the coming days. After that, Polestar owners with an iPhone will be able to play their music, use apps and communicate via Siri or the EV’s infotainment system.

The update is being rolled out in phases. The first Polestar 2 models have already been delivered and iPhone users with a Polestar 2, according to reactions to the tweet from the EEV manufacturer, are mainly positive about the operation of Apple Carplay.

Polestar was the first EV manufacturer to offer Google’s Android Automotive operating system. This served and continues to operate all the car’s systems, from the radio and vehicle settings to navigation and climate control. That will soon be possible with the latest version of Apple Carplay that was recently presented during the WWDC conference.

Like Apple CarPlay, Android Auto is a secondary interface that sits on top of an operating system. This interface allows users to operate and use certain apps and functions of their smartphone via the display (dashboard) of their car.