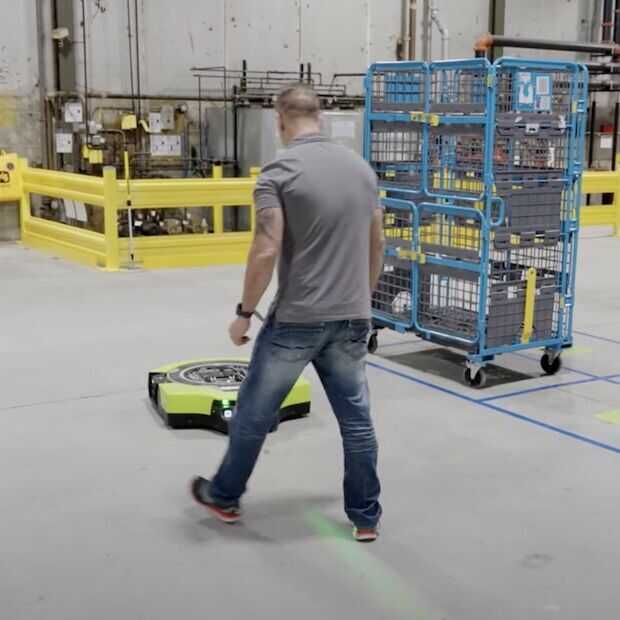 This title might make you think that this is about a robot with a contact disorder. Nothing could be further from the truth. That is, Amazon’s new warehouse robot, named after a Greek sea god, Proteus, does avoid contact with humans, but that’s a good sign. Until now, warehouse robots had to work separately from people for safety reasons. Imagine a robot, with a cart that weighs thousands of pounds, rides over the toes of a human colleague, or worse!

Well, with Proteus, that danger has passed. Not only can the robot do its job completely autonomously – moving heavy carts with Amazon packages – but it can also recognize and avoid people walking around the warehouse. For Amazon this means that for the first time they can have people and robots work side by side in the warehouse, as is also demonstrated in the video below.

Not new, but safer

This is of course not entirely new, a robot that ‘sees’ and avoids people. The average vacuum cleaner robot can do that too. However, if you make unexpected movements, or put a foot in front of it just before it wants to pass you, it can still happen that it bumps into you. That is not so bad with a ‘Roomba’, but in a work situation, where carts of thousands of kilos are ‘luged around’, it is something different.

Via (Video and images via Amazon News)