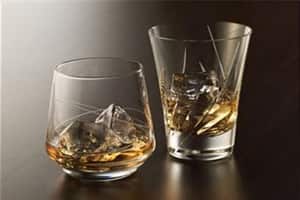 Taking the love of fine liquor to an unprecedented height, two whiskey lovers have made a massive shot

The 64-year-old Trinitas, named because there were only three bottles produced, was acquired by a luxury whiskey lover from the US and a famous whiskey investor from the UK for £1,00,000 each.

According to United Spirits, its group firm Whyte & Mackay’s Dalmore distillery is preparing to sell its third bottle of the record-breaking spirit at a whiskey show in London at the end of October.

The company claims it is the first time a whiskey has broken the six-figure barrier in the world.

“The hand of time has been generous and rewarding with the malts I’ve chosen to use,” says Richard Patterson, Dalmore’s renowned master distiller.

He added: “They allowed me to create a taste sensation, which will never be repeated and will only be available to those who own these bottles. You can’t put a price on that.”

Citing industry experts, the firm said the bottle could fetch up to £20,000 for a typical 50ml dram if sold by the glass to exclusive restaurants and clubs.

Trinitas is believed to hold some of the rarest and oldest whiskey stocks in the world, some of which have been maturing at the distillery on the banks of the Cromarty Firth for over 140 years.

US-based American buyer Mahesh Patel, one of the buyers, said the prized Trinitas would occupy a special place in his collection of 1,000 bottles of whiskey.

“Dalmore Trinitas is now the crown jewel.” Sukhinder Singh, one of the world’s leading whiskey experts based in the UK, said he bought bottle number two because he knew it was a wise investment.

“This is one of the most exclusive whiskeys ever released, and most importantly the whiskey is of exceptional quality,” he added.

As a result of the acquisition, White & Mackay’s brands are now part of the UB Group, including Dalmore, Isle of Jura, Gleva, Fetterkern, Vodiva Vodka and White & Mackay Blended Scotch.