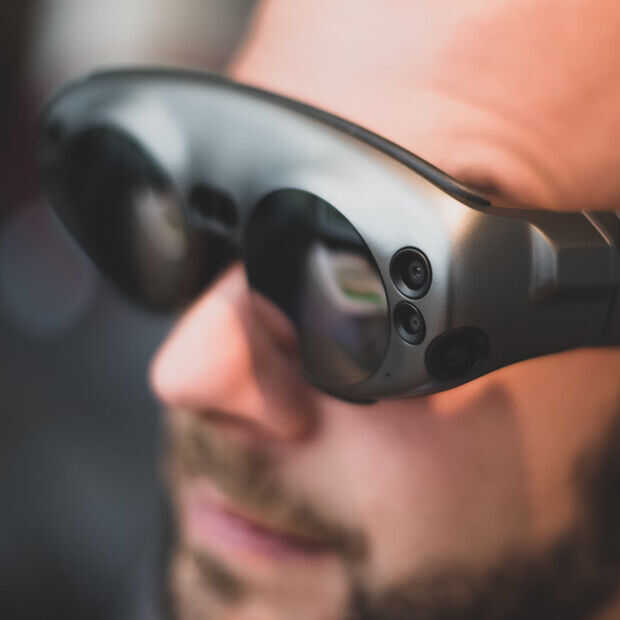 The future is… augmented. Although it is announced every year that VR glasses and the little sister AR glasses will get their ‘big break’ that year, it seems that this is really going to happen, partly due to the metaverse. Only augmented reality probably predominates. But, what exactly do we want from such AR glasses?

Let’s bite the bullet straight away, because augmented reality doesn’t have the best reputation. Unfortunately, that’s because of something that ‘happened’ ten years ago. That’s when the Google Glass was shown for the first time. Augmented reality glasses with not exactly the sexiest look, but also a camera that was not equally appreciated by everyone. People feared for their privacy and did not want to be secretly filmed.

Still, we would definitely like to see a camera in new AR glasses. We live so much on social media, it’s nice to be able to quickly turn on the camera when something funny happens. There are also several new AR glasses equipped with cameras, such as the Ray-Ban x Facebook glasses and Spectacles from Snap. What the AR glasses do need is a light to show people that you are filming.

You can of course walk with a kind of controller in your pocket to control your AR glasses, but of course it is only really ideal if you can have your pupils tracked. Imagine that you will soon be looking at a smart home device in your house and your glasses will ask you if they should turn it on. You then only have to look left or right to select yes or no and you control your smarthome without saying anything or touching / pointing.

Tracking where you look is not new to the world of virtual reality, although menus are usually navigated with a controller or by moving the whole head. Only using the pupils is slightly more subtle, although you have to take into account that you may unintentionally switch on things during daydreaming.

The idea of ​​AR is that you see the real world through the lenses, but that information is projected onto it. However, it is nice if that is subtle, so that your entire view is not obstructed by the information on your screen. Moreover, it wouldn’t be great if people from outside could read along with you. Some subtle color choices and placement on the lenses can be helpful.

In the future, for example, we would like to navigate on the street by occasionally seeing a small arrow somewhere to indicate where we should walk. Or a WhatsApp that comes in: just a short message on the screen is an option (but of course not while driving), but opening an entire conversation on the glasses should not actually be possible, because that is probably only rarely feasible to read all of it.

It sounds like a logical choice, but Google Glass proved that a gadget on your head stands or falls with more than just a camera: the design is important too. AR glasses with beautiful designs already exist, so there’s no reason not to expect that. Sunglasses are often used to make a statement and they are also very decisive for how your face shows. If you can buy AR glasses that have nice frames, you’ll be more likely to put them on. However, by design we mean more than just a good look.

A good design also includes space for a battery. A battery life of several hours should be feasible, so that you can use the glasses for longer periods of time, making it more of a lifestyle gadget rather than a funny gimmick. If the battery can be cleverly concealed in the design, then hopefully you can go out with your glasses for as long as possible.

Working with many good apps

We sometimes see it with new smart watches: there are a few standard apps available, but otherwise there are often only 10 other apps available. Huawei and Xiaomi are examples of smartwatch makers who are sometimes so eager to launch that they forget to think about the apps available for this type of gadget. If new AR glasses come out, they must be equipped with many good apps.

Many apps alone are of no use, you need apps that you actually want to use. A killer game that everyone wants to experience, like Snake on Nokia’s. If only a few apps are available at the launch of the AR goggles, then there probably won’t be as much enthusiasm for the device as if users had a choice. A beautiful visual virtual assistant, a handy way to check your agenda or a nice filter to use for videos: there is plenty to think of that is ideal for a medium like AR glasses.

If the AR glasses can also perform Google Lens-like tricks, so that you look at a flower and immediately see the name of that plant, then such AR glasses quickly become a must-have. Maybe it’s a good thing that it isn’t there yet, because the chip shortage will also be felt in 2022. This gives tech companies a great opportunity to fully develop their prototype, entirely in accordance with the above wishes.