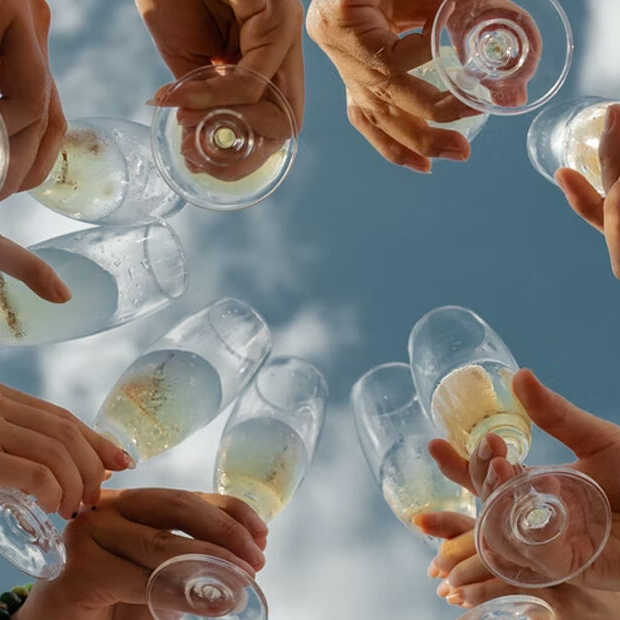 Summer calls for parties and as much fun as they are, sometimes you’re shy about a topic to talk about. With these 10 special things to know, conversation is guaranteed.

You can of course prefer to have a personal conversation at a party, such as ‘how are you now?’ or ‘Which project or hobby are you currently working on a lot?’ Certainly interesting, but not all parties are equally well suited for this. Moreover, it is nice to start a conversation with something a bit more general. And: surprising. These 10 scientific facts are well suited for this.

We all think we know the human senses: hearing, seeing, smelling, tasting and feeling. However, there are many more. We also have a sense of time, of balance, of sexual arousal, of how our body parts are positioned and of pain. Not all equally pleasant, but all very useful.

There are still human footprints on the moon

We are of course working hard on ways to go to the moon again, but we haven’t been there for 40 years (!). You would think that that last visit has been completely erased, but that is not the case: the footprints are still there. That’s because it never rains or blows on the moon, so our footprints will likely be there until the moon is gone. And there will probably be many more with the Artemis missions in the offing.

An actor’s brain activity is different when he’s acting

A study in which the brain activity of actors was measured during their performance has shown that actors suppress their own personalities. The brain activity changes enormously when the actor has to answer either questions about himself or questions about his character. So method acting is not that crazy: you are really taken over by your character.

The CIA headquarters in Langley has its own Starbucks, but it works a little differently than we’re used to. Don’t expect any social media posts about misspelled names from a CIA agent (and probably no social media posts at all), because the Starbucks baristas at Secret Service headquarters aren’t allowed to write names on the cups. Secretly, as a barista, you are also playing a bit of a secret agent there. How people know which coffee belongs to whom, probably has everything to do with forming a good line.

The smell of freshly cut grass actually smells like stress

A beautiful spring day, the municipal lawn mower has just been and you take in the smell: delicious. It’s an almost universally nice scent, but actually it’s not such a positive scent at all. Plants give each other signals when there is danger and that also applies to grasses. Enzymes are released to indicate to other plants that there is a need. It will smell a little different next time.

You should not shake a Polaroid photo at all

“Hey ya, shake it like a Polaroid picture!” If you didn’t already know that Polaroid photos could be shuffled to develop them earlier, the guys at Outkast will sing it. However, that is not the intention at all. Yes, maybe in 1940, when Polaroid first came into existence. Then you had to coat the film yourself and let it dry, which would indeed dry faster if you shook it. By now, there is already a coating on it, so that is no longer necessary. In fact, Polaroid even released an official statement when the Outkast hit came out: shaking your Polaroid can make the photo blurry. Handy to know, if another fanatic person with an Instax camera is present.

Why storms always have human names

Eunice, Erica: we always name storms after people. However, that has a pretty witty history. There was a meteorologist named Clement Wragge, who liked to name storms after politicians he liked. He liked to be able to say: ‘Mark is causing great damage’ or ‘Frans is raging on’. The KNMI says that people’s names are still used because we then better understand the seriousness of it.

Ducks can mimic human speech too

We all thought parrots can imitate people, but ducks can too. There was a study in 2021 that showed that an Australian Muscovy duck often called ‘You bloody fool!’ shouted, because his caretaker often says so. Ducks therefore appear to be able to talk, although the study was conducted among several Muscovy ducks. Whether the mallard duck, as we have it a lot in the Netherlands, is still unknown. However, you are of course free to pick out a duck in your local pond and try it.

Centipedes don’t really have a thousand legs: except one

A centipede may have a telling name, but that’s actually not true. There are no arthropods that have so many legs. At least we thought so. A centipede has been discovered in Australia with much more than 1,000 legs: it has no fewer than 1,306! The body of the animal is 9.5 centimeters long and consists of 330 segments. The previous centipede with the most legs had 750, so not only does this specimen finally live up to its name, it also does so by a considerable margin.

It may not be ideal, but there’s a reason you don’t sleep well on the first night of a trip. That’s because your brain is extremely alert when you travel. It’s called the ‘first night effect’ and in 2016 it became clear during a study that the brain remains active for a while when you are in a new place, so that you can react quickly to any dangers in this new environment.